The Creamery Question At Saline 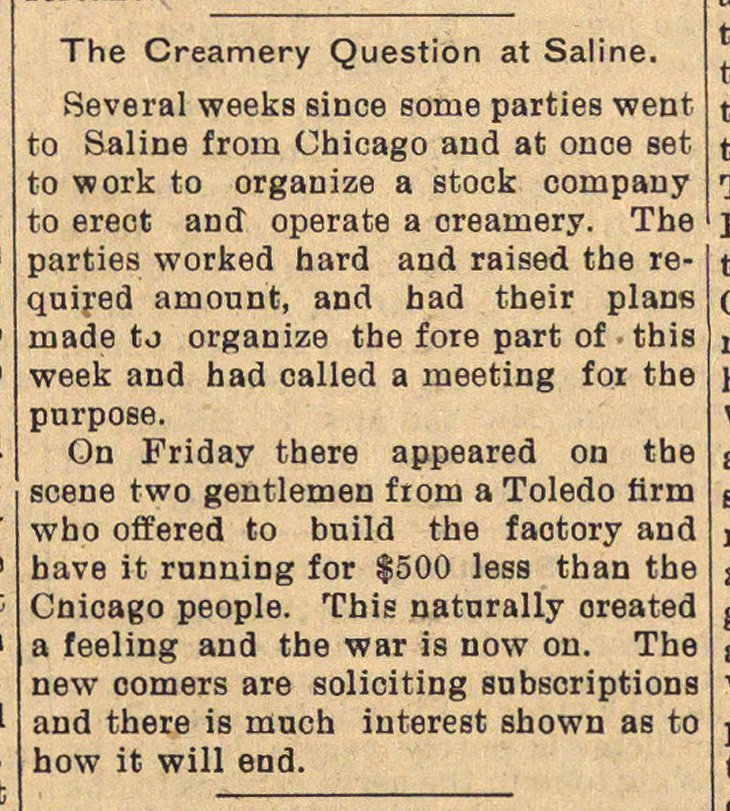 Several weeks sinoe sonie parties went to Saline from Chicago and at once set to work to organize a stock company to erect and operate a creamery. The parties worked hard and raised the required amount, and had their plans made to organize the fore part of this week and had called a meeting for the purpose. On Friday there appeared on the scene two gentlemen from a Toledo firm who offered to build the factory and have it running for $500 less than the Chicago people. This naturally created a feeling and the war is now on. The new corners are soliciting subscriptions and there is much interest shown as to how it will end.