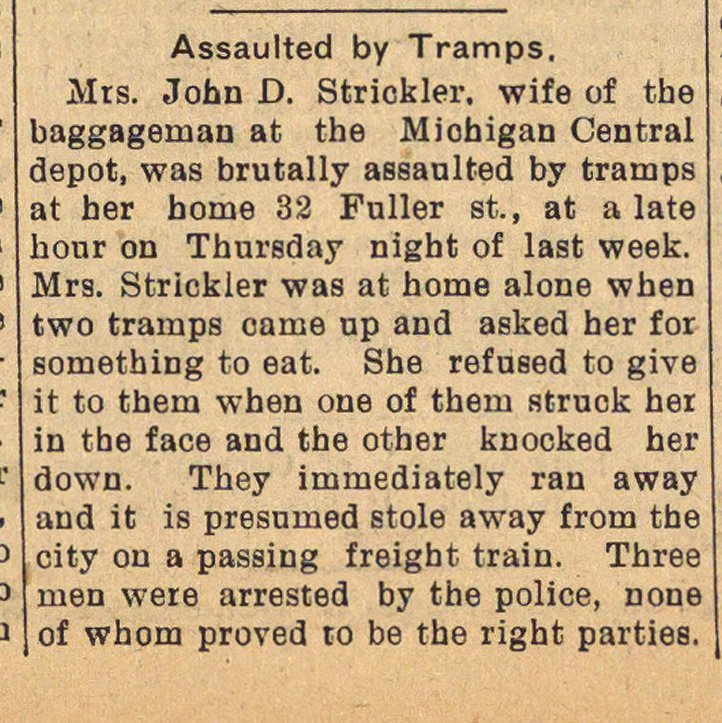 Mrs. John D. Strickler. wife of the baggageman at the Michigan Central depot, was brutally assaulted by tramps at her home 32 Fuller at., at a late hour on Thursday night of last week. Mrs. Strickler was at home alone when two tramps came up and asked her for something to eat. She refused to give it to them when one of them struck her in the face and the other knocked her down. They immediately ran away and it is presumed stole away from the city on a passing freight train. Three men were arrested by the police, none of whom proved to be the right parties.