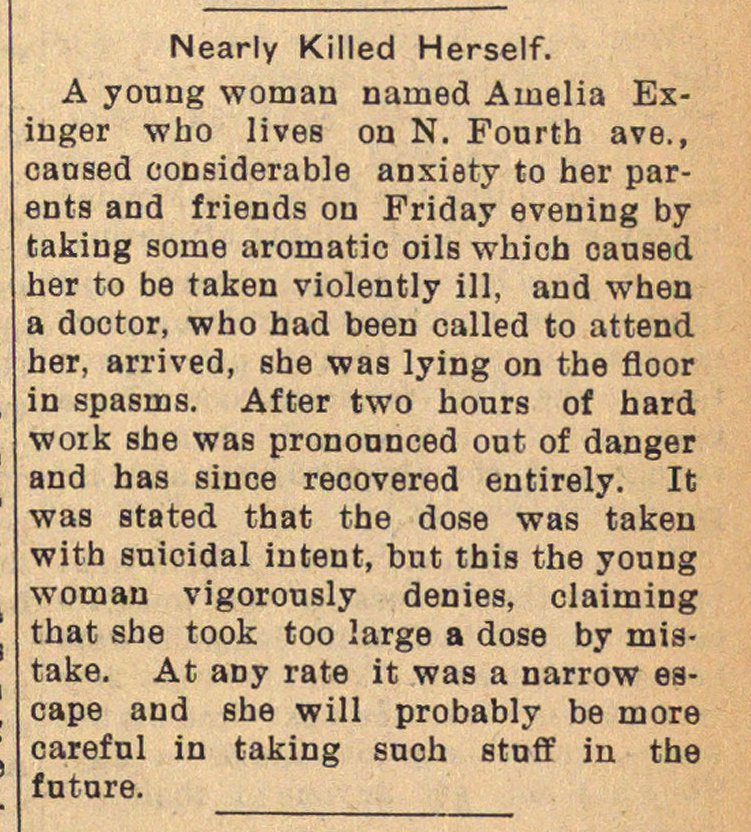 A young woman narned Amelia Exinger who lives on N. Fourth ave., eaused considerable anxiety to her parents and friends ou Friday evening by taking some aromatic oils wkich caused her to be taken violently ill, and when a doctor, who had been called to attend her, arrived, she was lying on the floor in spasms. Affcer two hours of hard work she was prononnced out of danger and has siuce recovered entirely. It was stated that the dose was taken with snicidal intent, bnt this the young woman vigorously denies, claiming that she took too large a dose by mistake. At aDy rate it was a narrow eacape and she will probably be more careful in taking such stnff iu the future.