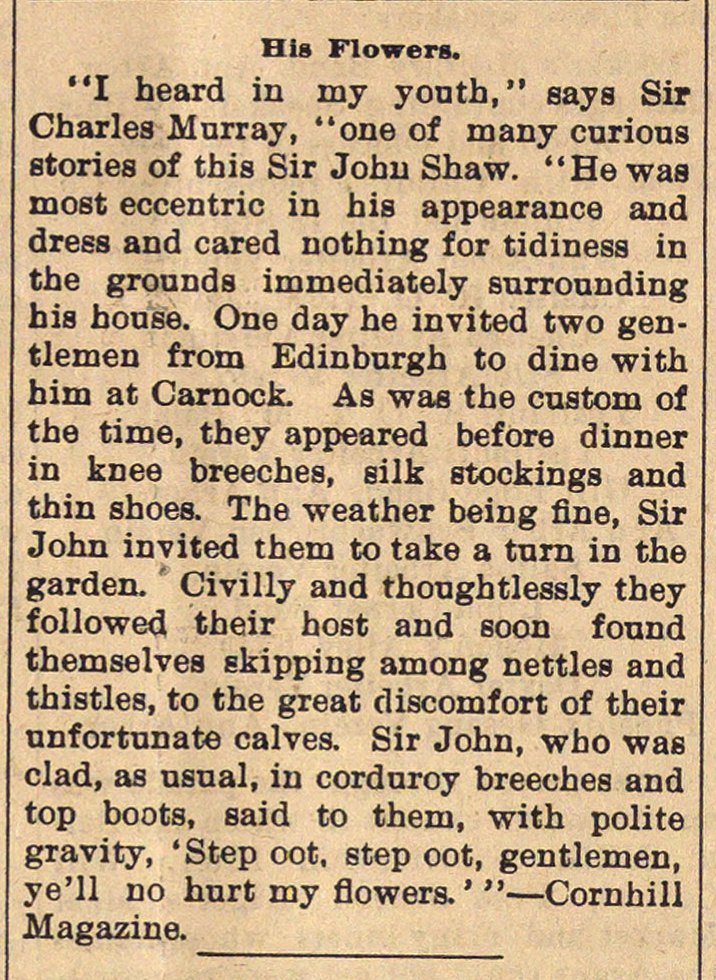 "I heard in my youth," says Sir Charles Alurray, "one of many curious stories of this Sir John Shaw. "He was most eccentric in his appearance and dress and cared nothing for tidiness in the grounds immediately surrounding his house. One day he invited two gentlemen from Edinburgh to dine with him at Carnock. As was the custom of the time, they appeared before dinner in knee breeches, silk stockings and thin shoes. The weather being fine, Sir John in-vited them to take a turn in the garden. ' Civilly and thoughtlessly they followed their host and soon fonnd themselves skipping aznong nettles and thistles, to the great discomfort of their unfortnnate calves. Sir John, who was ciad, as nsnal, in cordnroy breeches and top boots, said to them, with polite gravity, 'Step oot, step oot, gentlemen, y e '11 no hnrt my flowers."' - Cornhill Magazine.