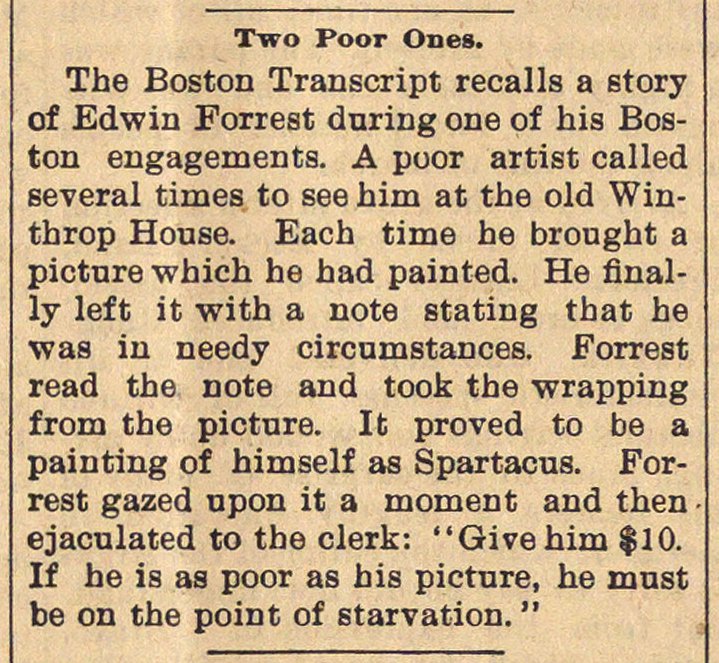 The Boston Transcript recalls a story of Edwin Forrest during one of his Boston engagements. A poor artist called several times to see him at the old Winthrop House. Each time he brought a picture which he had painted. He finally left it with a note stating that he was in needy circumstances. Forrest read the note and took the wrapping f rom the picture. It pro ved to be a painting of himself as Spartacus. Forrest gazed upon it a moment and then ejaculated to the clerk: "Givehim $10. If he is as poor as his picture, he must be on the point of starvation. "