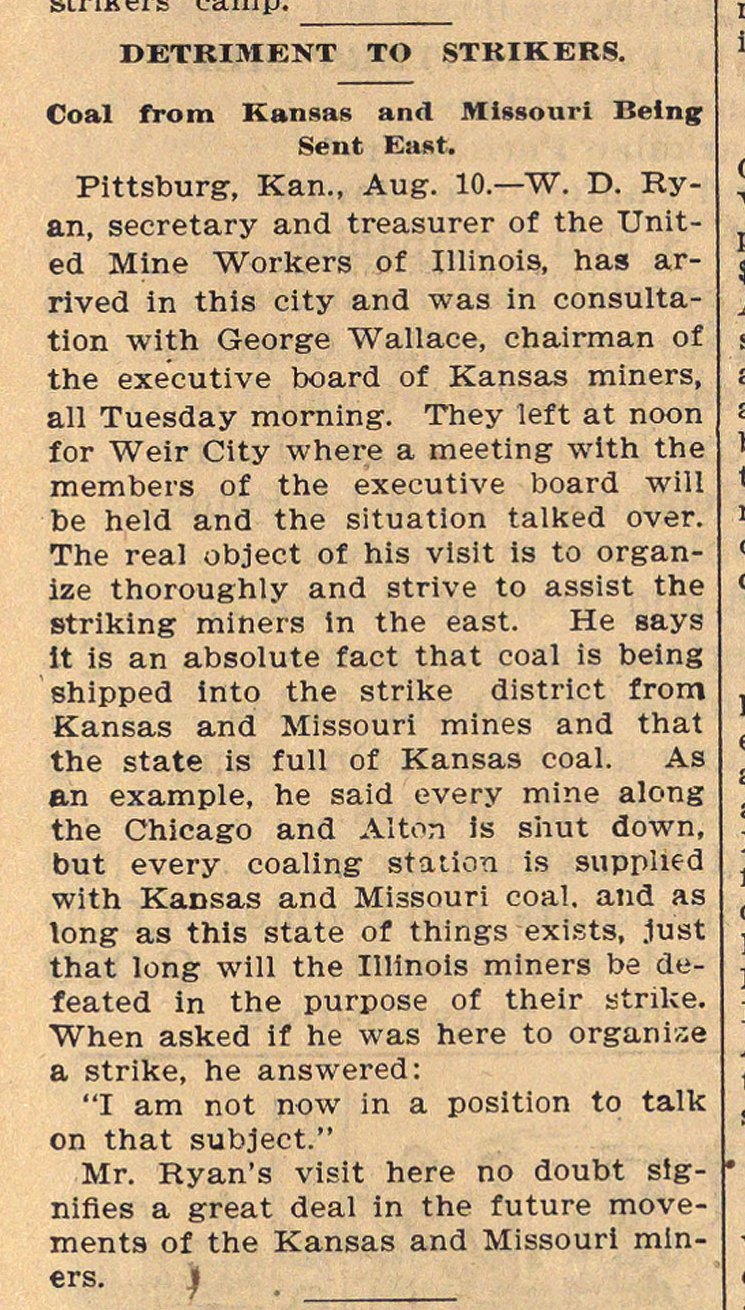 Pittsburg, Kan., Aug. 10.- W. D. Kyan, secretary and treasurer of the United Mine Workers of Illinois, has arrived in this city and was in consultation with George Wallace, chairman of the executive board of Kansas miners, all Tuesday morning. They left at noon for Weir City where a meeting with the members of the executive board will be held and the situatlon talked over. The real object of his visit is to organize thoroughly and strive to assist the striking miners in the east. He says it is an absolute fact that coal is being shipped into the strike district f rom Kansas and Missouri mines and that the state is full of Kansas coal. As an example, he said every mine along the Chicago and Alton is shut down, but every coaling station is supplted with Kansas and Missouri coal. and as long as this state of things exists, just that long will the Illinois miners be defeated in the purpose of their strike. When asked if he was here to organice a strike, he answered: "I am not now in a position to talk on that subject." Mr. Ryan's visit here no doubt stgnifles a great deal in the future movements of the Kansas and Missouri miners. J