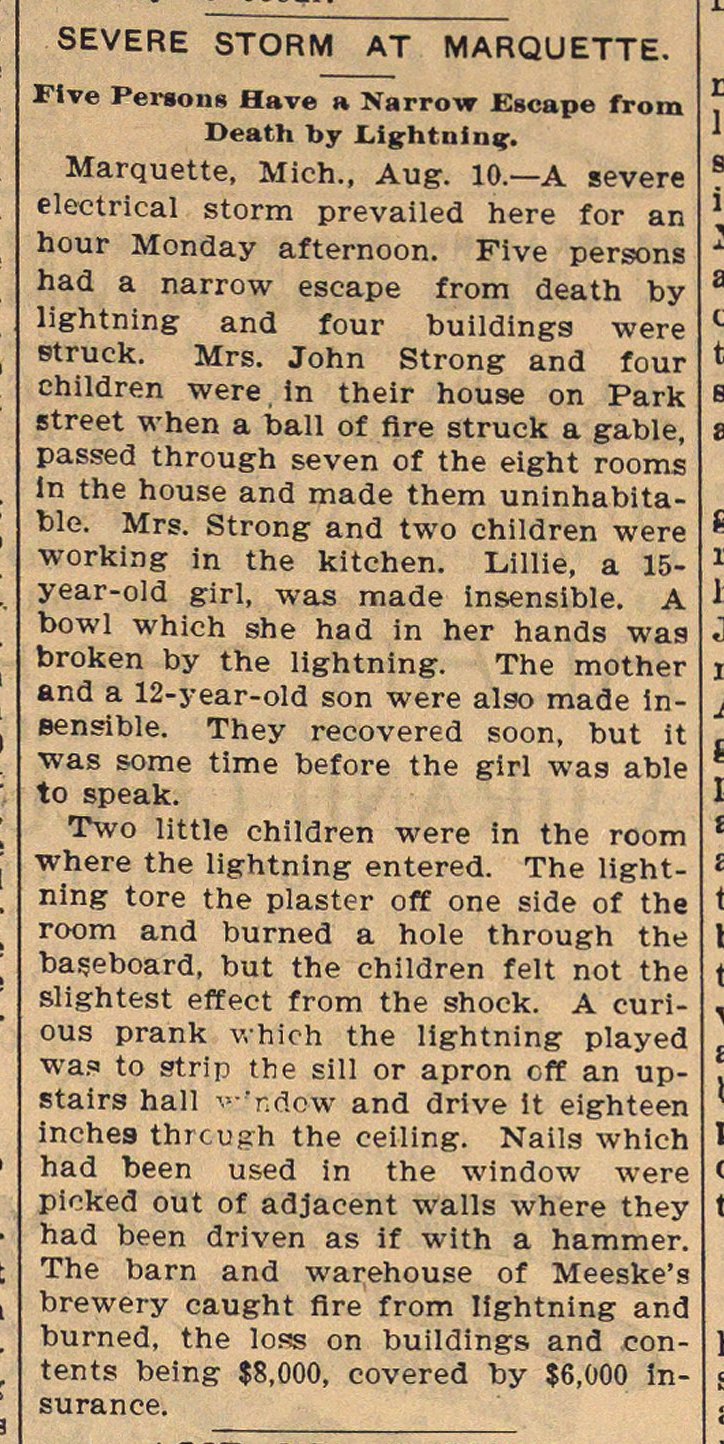 Marquette, Mich., Aug. 10.- A severe electrical storm prevailed here for an lour Monday afternoon. Five persons lad a narrow escape from death by ightning and four buildings were struck. Mrs. John Strong and four ehildren were in their house on Park street when a ball of flre struck a gable, Jassed through seven of the eight rooms n the house and made them uninhabitable. Mrs. Strong and two children were working in the kitchen. Lillie, a 15year-old girl, was made insensible. A 3owl which she had in her hands was iroken by the lightning. The mother and a 12-year-old son were also made insensible. They recovered soon, but it was some time before the girl was able to speak. Two little children were in the room where the lightning entered. The lightning tore the piaster off one side of the room and burned a hole through the baseboard, but the children feit not the slightest effect from the shock. A curious prank v.hich the lightning played was to strip the sill or apron off an upstairs hall v'rAcw and drive it eighteen nches thrcugh the ceiling. Nails which had been used in the window were picked out of adjacent walls where they had been driven as if with a hammer. The barn and warehouse of Meeske's brewery caught fire from lightning and burned, the loss on buildings and contents being $8,000, covered by $6,000 insurance.