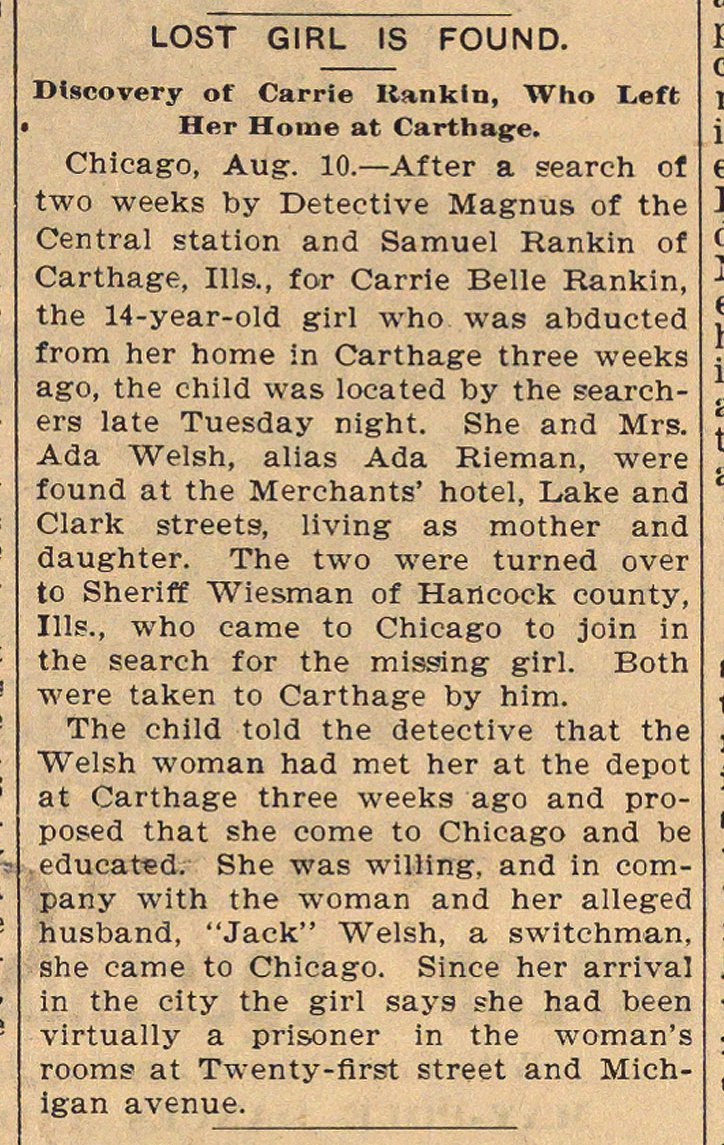 Chicago, Aug. 10. - After a seareh of two weeks by Detective Magnus of the Central station and Samuel Rankin of Carthage, Illa, for Carrie Belle Rankin, the 14-year-old girl who was abducted from her home in Carthage three weeks ago, the child was located by the searchers late Tuesday night. She and Mrs. Ada Welsh, alias Ada Rieman, were found at the Merchants' hotel, Lake and Clark streets, living as mother and daughter. The two were turned over to Sheriff "Wiesman of Hancock county, Hls., who carne to Chicago to join in the search for the missing girl. Both were taken to Carthage by him. The child told the detective that the Welsh woman had met her at the depot at Carthage three weeks ago and proposed that she come to Chicago and be educated. She was willing, and in company with the woman and her alleged husband, "Jack" Welsh, a switchman, she carne to Chicago. Since her arriva! in the city the girl says she had been virtually a prisoner in the woman's room? at Twenty-first Street and Michigan avenue.