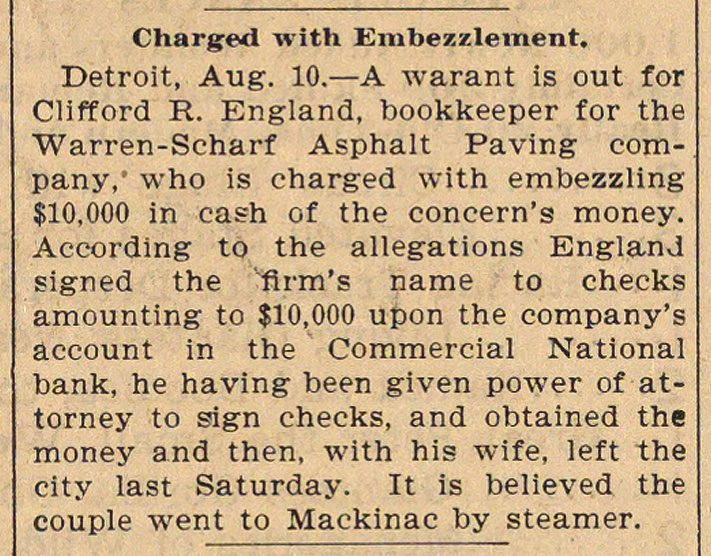 Detroit, Aug. 10. - A warant is out for Clifford R. England, bookkeeper for the Warren-Scharf Asphalt Paving company, who is charged with embezzling $10,000 in cash of the concern's money. According to the allegations EnglanJ signed the flrm's name to checks amounting to $10,000 upon the company's account in the Commercial National bank, he having been given power of attorney to sign checks, and obtained the money and then, with his wife, left the city last Saturday. It is believed the couple went to Mackinac by steamer.