Peeper Run Out Of Town 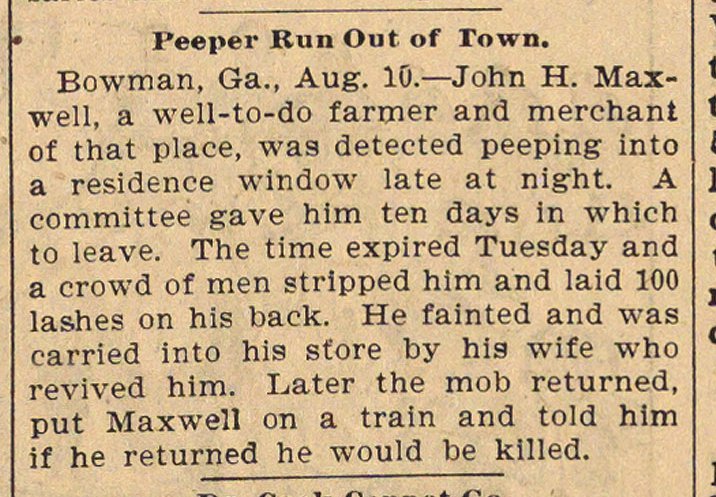 Bowman, Ga., Aug. 10.- John H. Maxwell, a well-to-do farmer and merchant oL that place, was detected peeping into a residence window late at night. A committee gave htm ten days in which to leave. The time expired Tuesday and a crowd of men stripped him and laid 100 lashes on his back. He fainted and was carried into his sfore by his wife who revived him. Later the mob returned, put Maxwell on a train and told him if he returned he would be killed.