Gets An American Bride 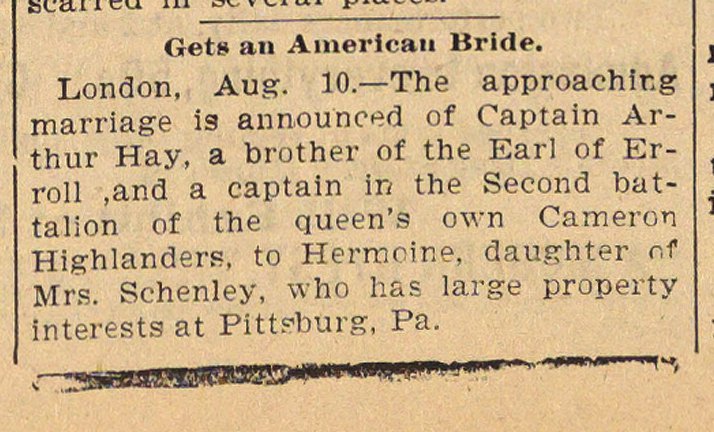 London, Aug. 10.- The approachire: marriage is announced of Captain Arthur Hay, a brother of the Earl of Erroll ,and a captain ir the Second battalion of the queen's own Cameron Highlanders, to Hermcine, daughter nf Mrs. Schenley, who has large property interests at Pittsbürg, Pa. 3silai!íW!ll!.'S't'llíVl '- "'"' ' "' '""'