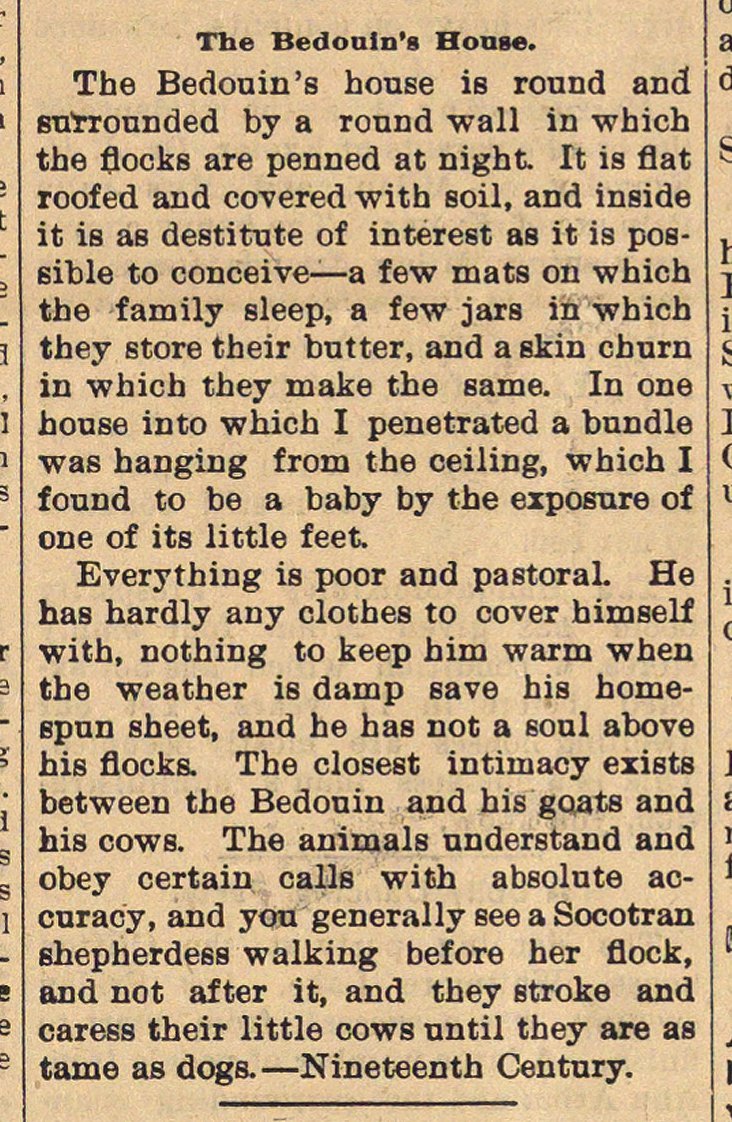 The Bedouin's house is round and suironnded by a round wall in which the flocks are penned at night. It is fiat roofed and covered with soil, and inside it is as destitute of interest as it is possible to conceive - a few mats on which the family sleep, a few jars in which they store their butter, and a skin churn in which they make the same. In one house into which I penetrated a bundie was hanging from the ceiling, which I found to be a baby by the exposure of one of its little feet. Everything is poor and pastoral. He has hardly any clothes to cover himself with, nothing to keep him warm when the weather is damp save his homespun sheet, and he has not a soul above his flocks. The closest intimacy exists between the Bedouin and his goats and his cows. The animáis nnderstand and obey certain calis with absolute accuracy, and you generally see a Socotran shepherdess walking before her flock, and not af ter it, and they stroke and caress their little cows until they are as tam e as dogs. - Nineteenth Centnry.