The Eye In Old Age 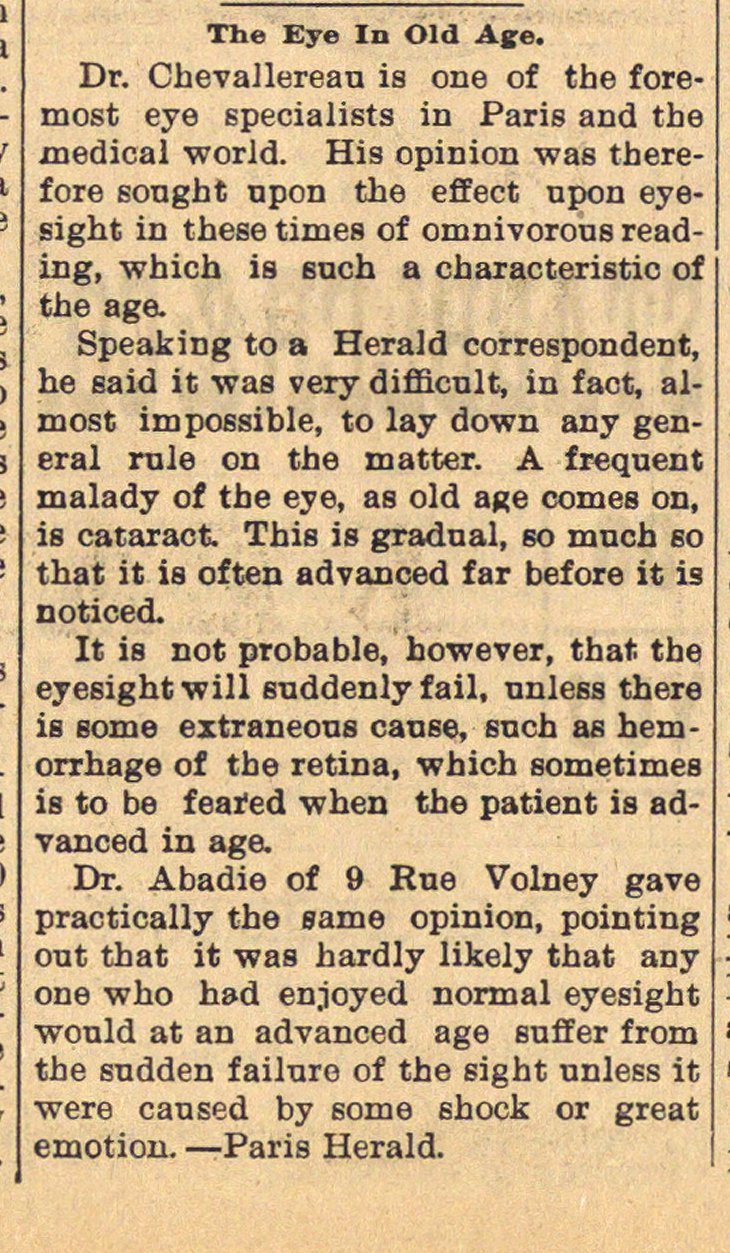 Dr. Chevaiïereau is one of the foremost eye specialists in Paris and the medical world. His opinión was therefore sought npon the effect npon eyesight in these times of omnivorons reading, which is ench a cbaiacteristic of the age. Speaking to a Herald correspondent, he said it was very difficult, in fact, almost impossible, to lay down any general rule on the matter. A frequent malady of the eye, as oíd age comes on, is cataract. This is gradual, so much so that it is often advanced far befoie it is noticed. It is not probable, however, that the eyesightwill suddenly fail, unless there is some extraneous canse, such as hemorrhage of the retina, which sometimes is to be feared when the patiënt is advanced in age. Dr. Abadie of 9 Rue Volney gave practically the same opinión, pointing out that it was hardly likely that any one who had enjoyed normal eyesight would at an advanced age suffer from the sudden failuro of the sight unless it were eau sed by some shock or great eraotion. - Paris Herald.