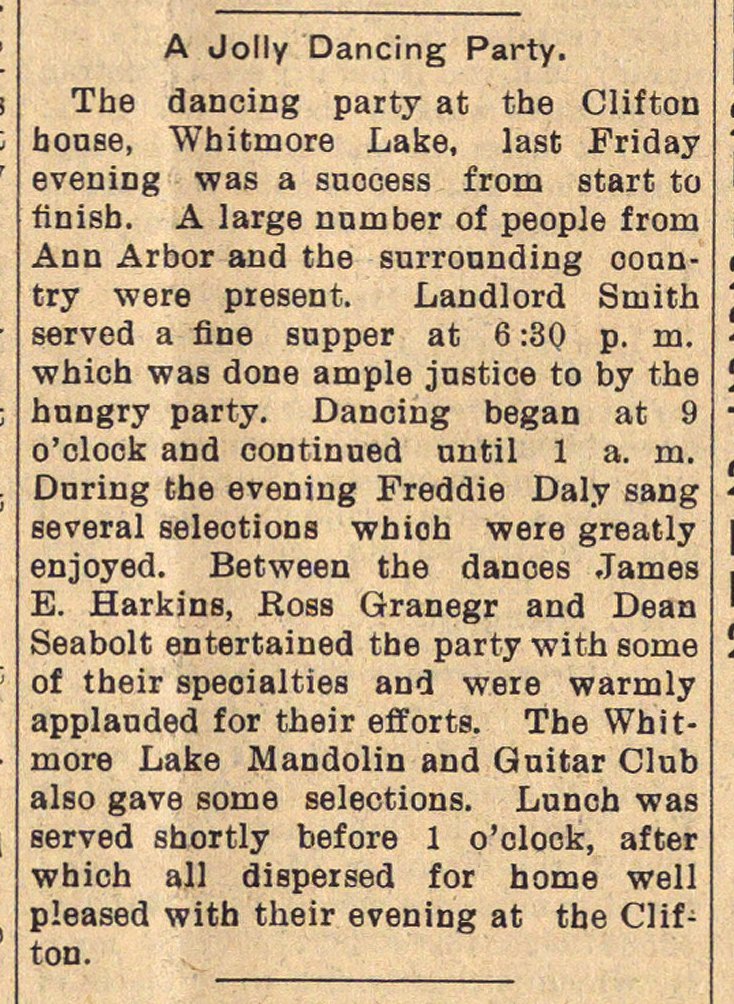 The dancing party at the Clifton honse, Whitmore Lake, last JTriday evening was a suocess from start tü finish. A large nnmber of people from Ann Arbor and the surrounding oonntry were present. Landlord Stuith served a fine snpper at 6 :3Q p. m. which was done ampie justice to by the hnngry party. Dancing began at 9 o'clock and continued until 1 a. m. Dnring the evening Freddie Daly sang several seleotions whioh were greatly enjoyed. Between the dances James E. Harkins, Ross Granegr and Dean Seabolt entertained the party with some of their speoialties and were warmly applanded for their efforts. The Whitmore Lake Mandolín and Quitar Club also gave some selections. Lunch was served shortly before 1 o'clock, after which all dispersed for home well pleased with their evening at the Clifton.