Will Rest In The Pantheon 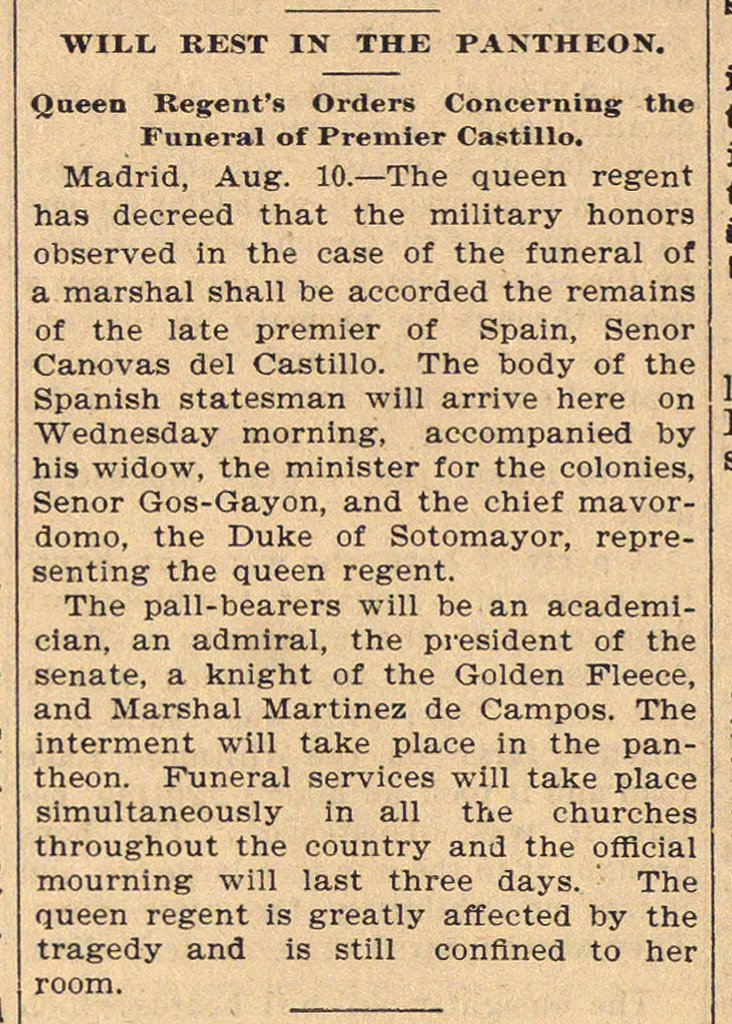 Madrid, Aug. 10. - The queen regent has decreed that the military honors observed in the case of the funeral of a marshal shall be accorded the remains of the late premier of Spain, Senor Cánovas del Castillo. The body of the Spanish statesman will arrive here on Wednesday morning, accompanied by his widow, the minister for the colonies, Senor Gos-Gayon, and the chief mavordomo, the Duke of Sotomayor, representing the queen regent. The pall-bearers will be an academician, an admiral, the president of the senate, a knight of the Golden Fleece, and Marshal Martínez de Campos. The interment will take place in the pantheon. Funeral services will take place simultaneously in all the churches throughout the country and the official mourning will last three days. ' The queen regent is greatly affected by the tragedy and is still confined to her room.