Riot In The St. Louis Jail 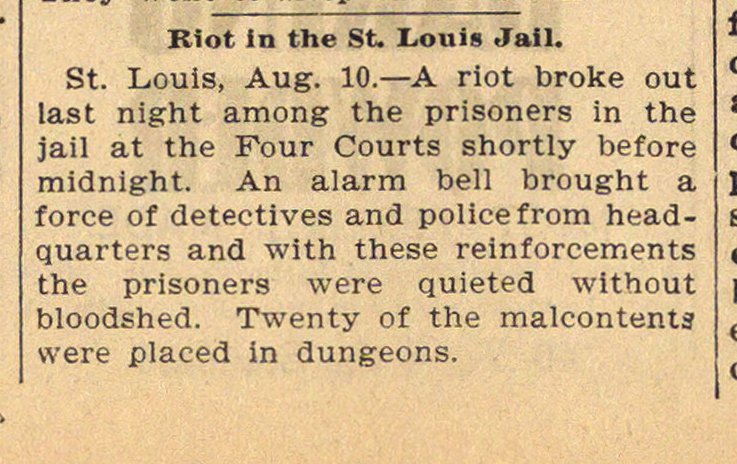 St. Louis, Aug. 10. - A riot broke out last night among the prisoners in the jail at the Four Courts shortly before midnight. An alarm bell brought a forcé of detectives and pólice f rom headquarters and with these reinforcements the prisoners were quieted without bloodshed. Twenty of the malcontenta were placed in dungeons.