A Bat In A Tomb 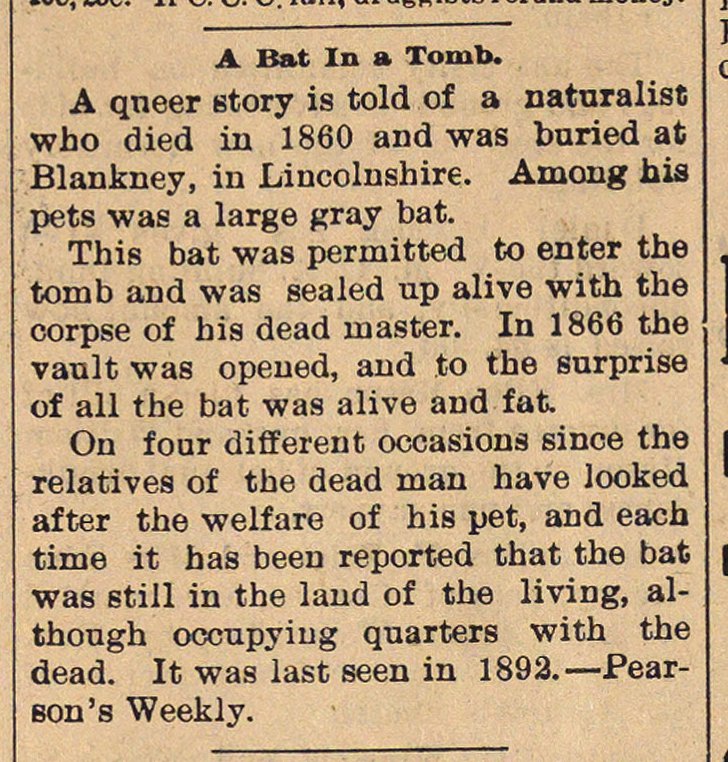 A qneer story is told of a naturalist who died iu 1860 and was buried at Blankney, in Lincolnshire. Amoiig bis pets was a large gray bat. This bat was permitted to enter the tomb and was sealed up alive with the oorpse of bis dead master. In 1866 the vault was opeued, and to the surprise of all the bat was alive and fat On four different occasions since the relatives of the dead man have looked af ter the welfare of his pet, and each time it has been reported that the bat was still in the laud of the living, although occupying quarters with the dead. It was last seen in 1892.- Peareon's Weekly.