How Hard Times Are Brought On 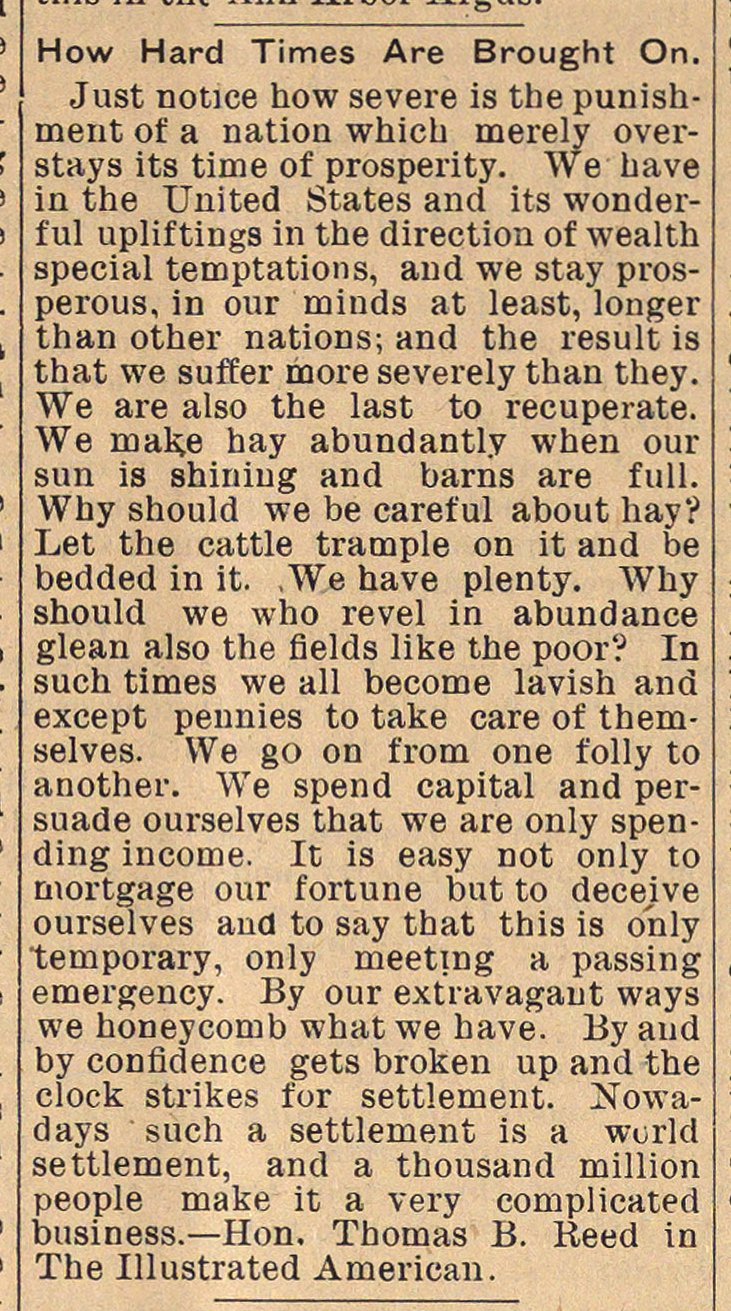 Just notiee how severe is the punishment of a nation which merely overstays its tinie of prosperity. We have in the United States and its wonderf ui upliftings in the direction of wealth special temptations, and we stay prosperous, in our minds at least, longer than other nations; and the result is that we suffer more severely than they. We are also the last to recupérate. We mak,e hay abundantly when our sun is shiniug and barns are f uil. Wby should we be careful about hay? Let the cattle trample on it and be bedded in it. We have plenty. Why should we who revel in abundance glean also the fields like the poor? In such times we all become lavish and except pennies to take care of themselves. We go on trom one folly to another. We spend capital and persuade ourselves that we are only spending income. It is easy not only to mortgage our fortune but to deeejve ourselves and to say that this is only temporary, only meeting a passing emergency. By our extravagant ways we honeycomb what we have. By and by confidence gets broken up and the clock strikes for settlement. Nowadays such a settlement is a world settlement, and a thousand million people make it a verv coniülicated