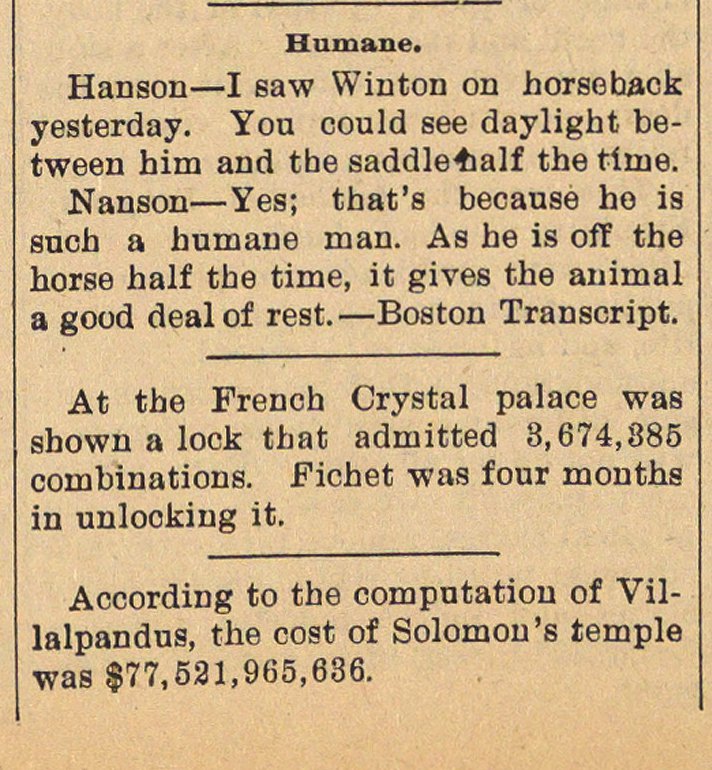 Hanson - I saw Winton on horseback yesterday. Yon could see daylight between him and the saddlealf the time. Nanson - Yes; that's because ho is such a humane man. As he is off the horse half the time, it gives the animal a good deal of rest. - Boston Transcript. At the French Crystal palace was shown a lock that admitted 8,674,885 combinations. Fichet was four months in unlooking it. According to the computation of Villalpandus, the cost of Solomou's temple was $77,521,905,636.