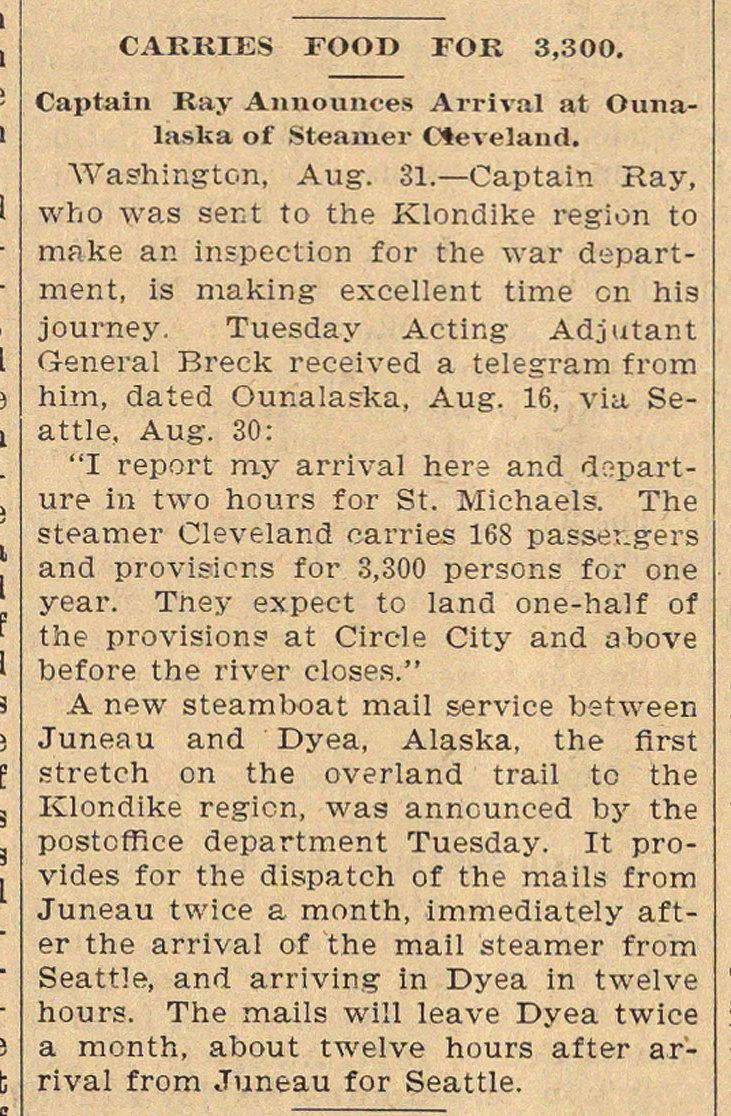 Washington, Aug-. 31.- Captain Ray, who was sent to the Klondike región to make an inspection for the war department, is making excellent time en his journey. Tuesday Acting Adjutant General Breek received a telegram from him, dated Ounalaska, Aug. 16, via Seattle, Aug. 30: "I report my arrival here and dnparture in two hours for St. Michaels. The steamer Cleveland carries 168 passe;:gers and provisier.s for 3,300 persons for one year. Tney expect to land one-half of the provisión? at Cirele City and above before the river closes." A new steamboat mail service between Juneau and Dyea, Alaska, the first stretch on the overland trail te the Klondike regicn, was anncunced by the postcffice department Tuesday. It provides for the dispatch of the mails from Juneau twice a month, immediately after the arrival of the mail steamer from Seattle, and arriving in Dyea in twelve hours. The mails will leave Dyea twice a month, about twelve hours after arrival from Juneau for Seattle.