Death Of John Q. A. Fritchey 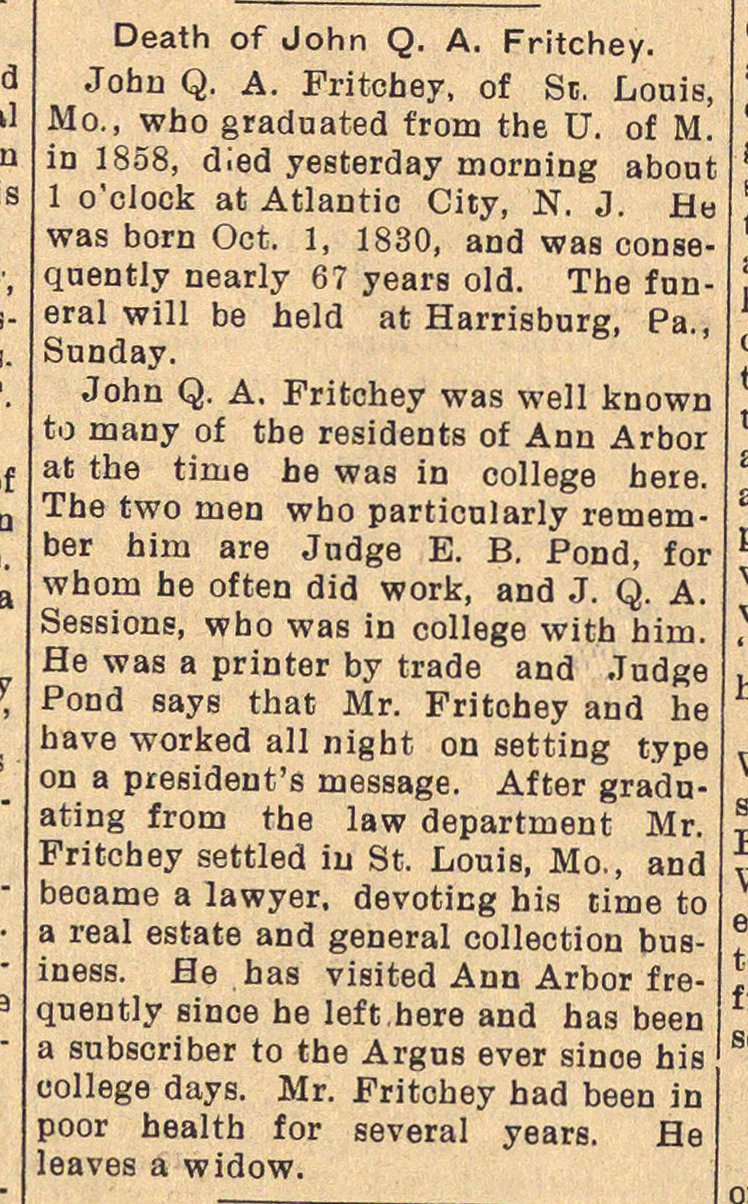 John Q. A. Fritchey, of Si. Louis, Mo., who graduated trom the U. of M. íq 1858, dled yesterday morning abont 1 o'clock at Atlantio City, N. J. He was bom Oct. 1, 1830, and was consequently nearly 67 years oíd. The funeral will be held at Harrisburg, Pa., Snnday. John Q. A. Fritchey was well known to many of tbe residents of Anu Arbor at the tirue he was in college bere. The two men who partionlarly remember him are Jndge E. B. Pond, for whom he often did work, and J. Q. A. Sessions, who was in college with him. He was a printer by trade and Judae Pond says that Mr. Fritohey and he have worked all night on setting type on a president's message. After gradnating from the law departnient Mr. Fritchey settled iu St. Louis, Mo., and became a lawyer, devoting his time to a real estáte and general collection business. Ee has visited Aun Arbor frequently sinoe he Ieft.here and has been a subscriber to the Argus ever sinoe his college days. Mr. Fritchey had been in poor health for several years. He leaves a widow.