Held Up And Robbed 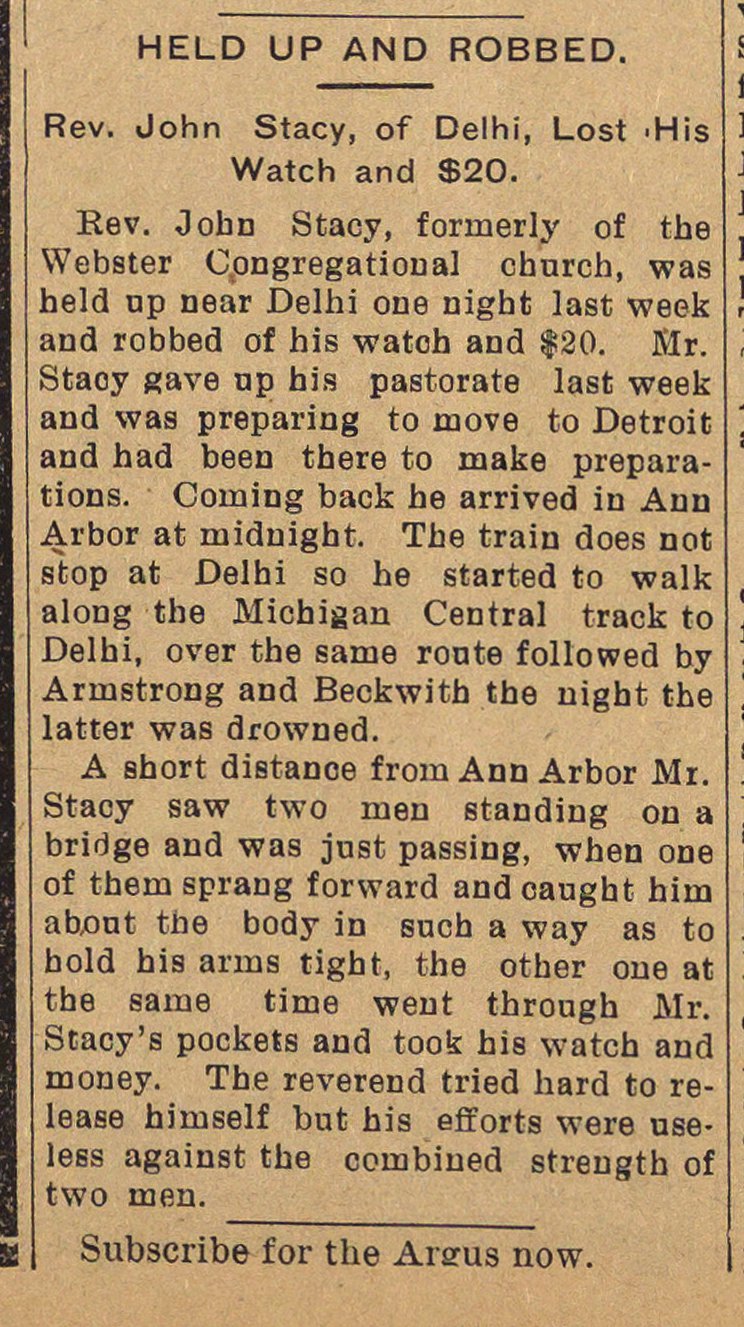 Rev. John Stacy, of Delhi, Lost His Watch and $20. Rev. John Stacy, formerly of the Webster Congregational church, was held up near Delhi one night last week and robbed of his watch and $20. Mr. Stacy gave up his pastorate last week and was preparing to move to Detroit and had been there to make preparations. Coming back he arrived in Ann Arbor at midnight. The train does not stop at Delhi so he started to walk along the Michigan Central track to Delhi, over the same route followed by Armstrong and Beckwith the night the latter was drowned. A short distance from Ann Arbor Mr. Stacy saw two men standing on a bridge and was just passing, when one of them sprang forward and caught him about the body in such a way as to hold his arms tight, the other one at the same time went through Mr. Stacy's pockets and took his watch and money. The reverend tried hard to release himself but his efforts were useless against the combined strength of two men.
____
Subscribe for the Argus now.