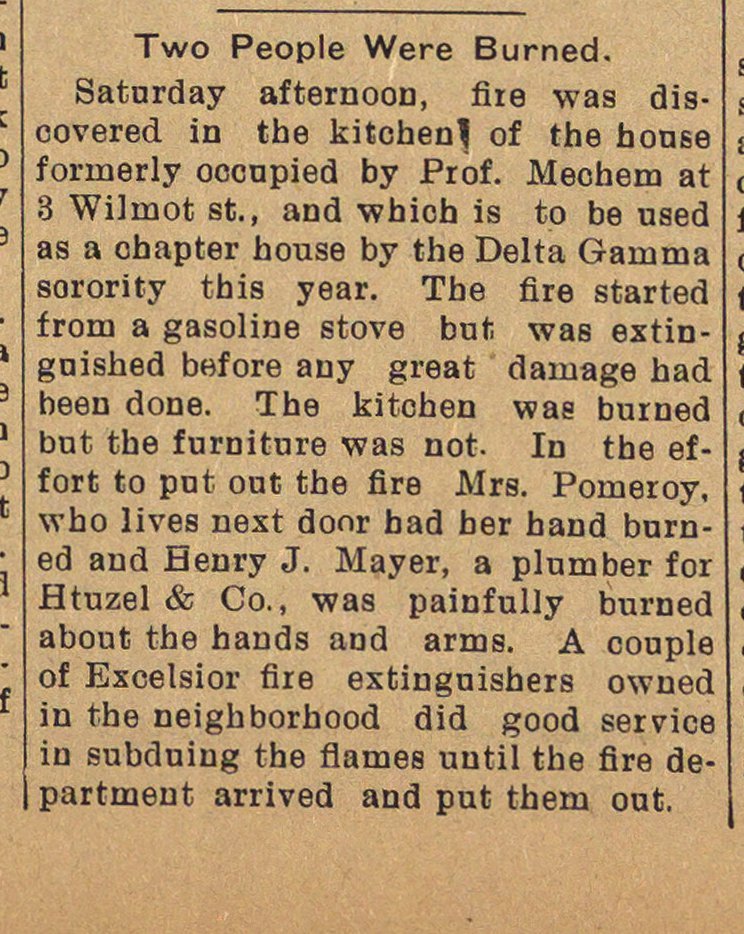 Saturday afternoon, fire was discovered in the kitchen of the house formerly occupied by Prof. Mechem at 3 Wilmot st., and which is to be used as a chapter house by the Delta Gamma sorority this year. The fire started from a gasoline stove but was extinguished before any great damage had been done. The kitchen was burned but the furniture was not. In the effort to put out the fire Mrs. Pomeroy, who lives next door had her hand burned and Henry J. Mayer, a plumber for Htuzel & Co., was painfully burned about the hands and arms. A couple of Excelsior fire extinguishers owned in the neighborhood did good service in subduing the flames until the fire department arrived and put them out.