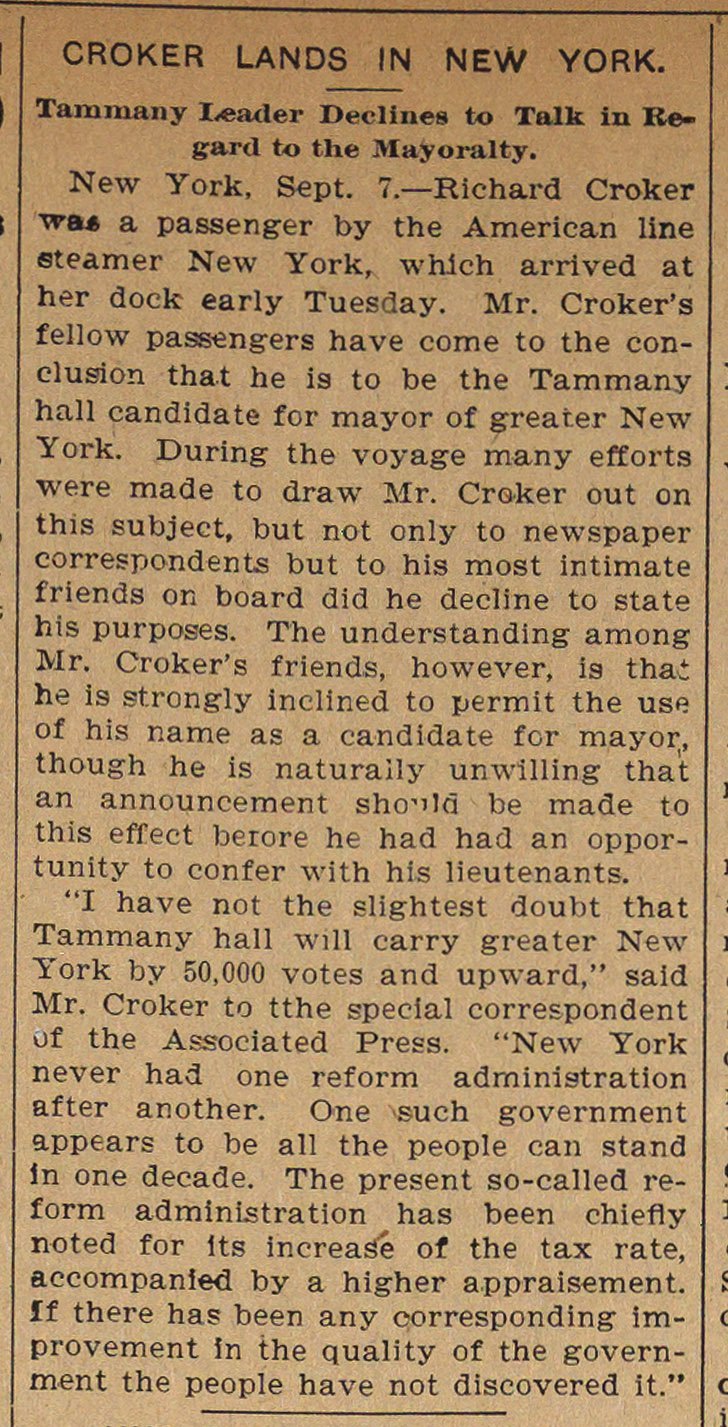 New York, Sept. 7.- Richard Croker waé a passenger by the American line steamer New York, which arrlved at her doek early Tuesday. Mr. Croker's fellow passangers have come to the conclusión tha.t he is to be the Tammany hall candidate for mayor of greater New York. During the voyage many efforts were made to draw Mr. Croker out on this subject, but not only to newspaper correspondente but to his most intímate friends on board did he decline to state his purposes. The understanding among Mr. Croker's friends, however, is thai he is strongly inclined to permit the use of his name as a candidate fcr mayor, though he is naturally unwilling that an announcement sho-ila be made to this effect betore he had had an opportunity to confer with his lieutenants. "I have not the slightest doubt that Tammany hall will carry greater Nw York by 50,000 votes and upward," sald Mr. Croker to tthe special correspondent of the Associated Press. "New York never had one reform administration after another. One such government appears to be all the people can stand in one decade. The present so-called reform administration has been chiefly noted for lts increasé of the tax rate, accompanied by a higher appraisement. ïf there has been any oorresponding improvement in the quality of the government the people have not discovered it."