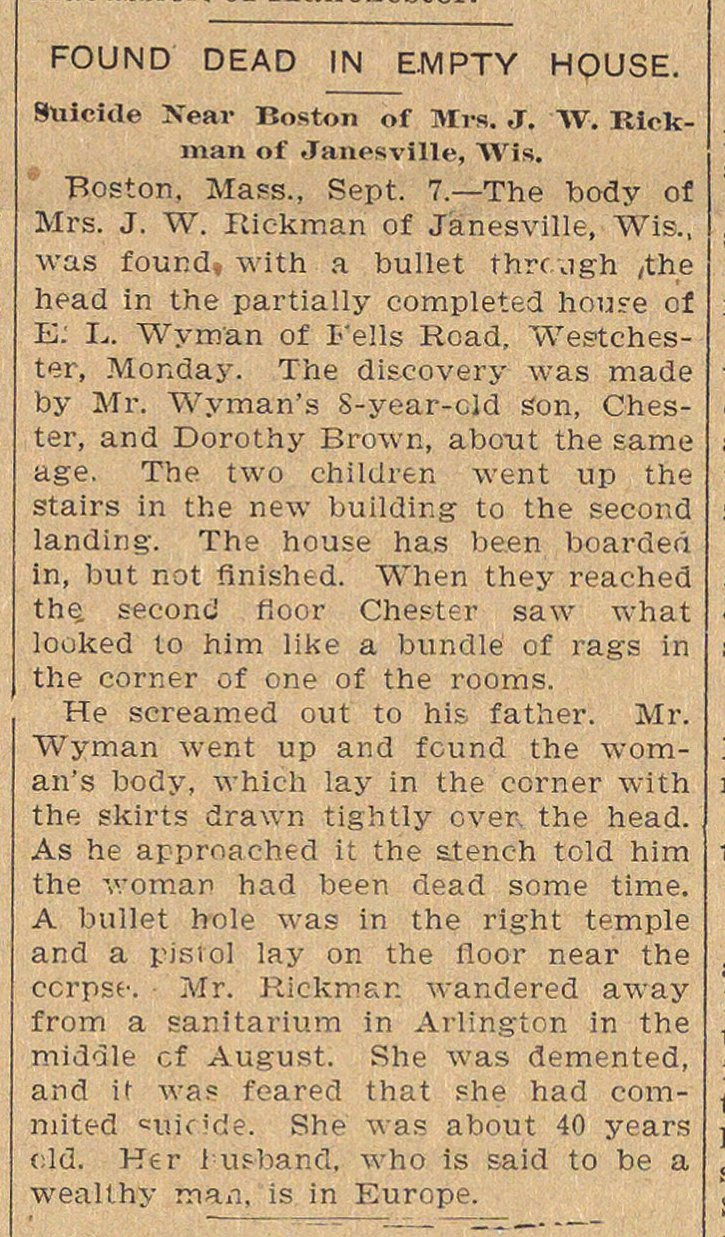 Boston, Mass., Sept. 7.- The body of Mrs. J. W. Rickman of Janesville, Wis., was found, with a bullet thrrjgh ,the head in the partially completed house of K: ii. Wyman of Fells Road, Westchester, Monday. The discovery was made by Mr. Wyman's S-year-cd Son, Chester, and Dorothy Browr., about the same age. The two children went up the stairs in the new building to the second landing. The house has been boardeá in, but not finished. When they reached the. second fioor Chèster saw what looked to him like a bundie of rags in the corner of one of the rooms. He screamed out to his. father. Mr. Wyman went up and fcund the woman's body, which lay in the corner with the skirts drawn tightly over. the head. , As he approached it the slench told him the v.'oraan had been dead some time. A bullet hole was in the right temple and a pisiol lay on the floor near the ccrpse. Mr. Rickmar wandered away from a sanitarium in Arlington in the middle cf August. She was demented, and it was feared that fhe had commited uif'rie. She was about 40 years dd. Her l'Ufband, who is said to be a wealthy man, is in Europe.