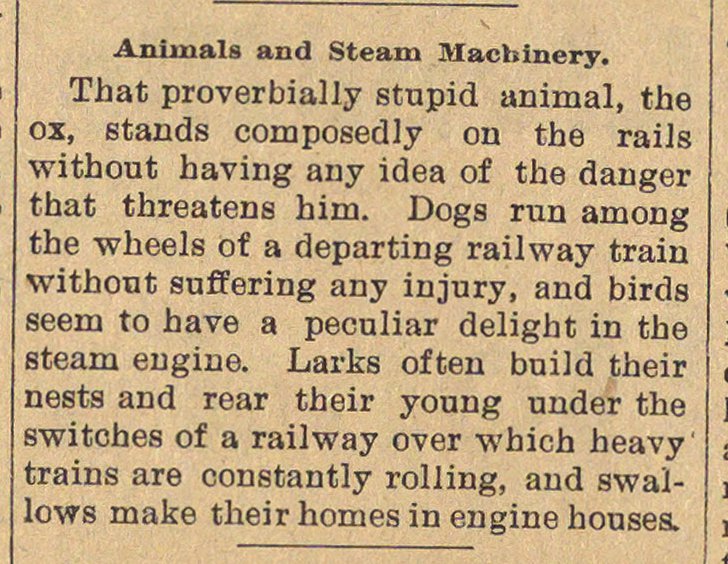 That proverbially stupid animal, the ox, stands composedly on the rails without having any idea of the danger that threatens him. Dogs run among the wheels of a departing railway train without suffering any injury, and birds seem to have a peculiar delight in the steam engine. Larks often bnild their nests and rear their youag under the switches of a railway over which heavy trains are constantly rolling, and swallows make their homes in engine houses.