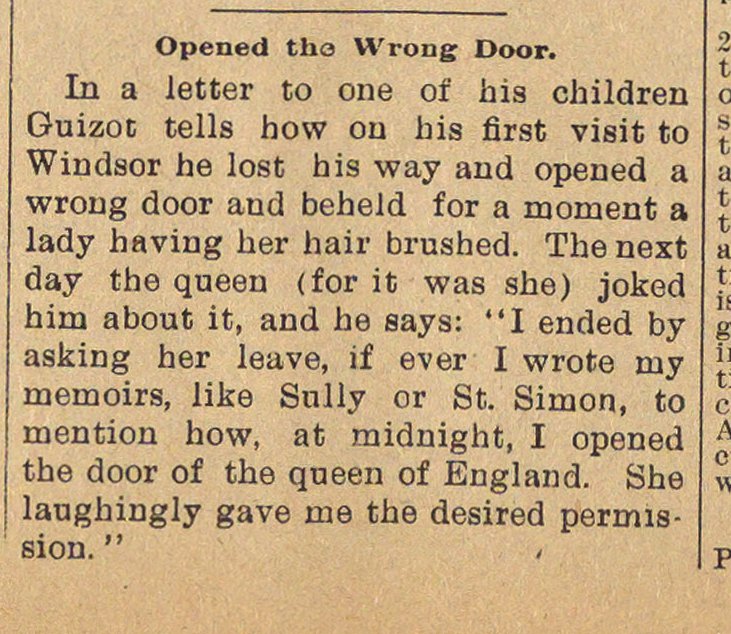 In a letter to one of his children Guizot tells how ou his flrst visit to Windsor he lost his way and opened a wrong door and beheld for a moment a lady having her hair brushed. The next day the queen (for it was she) joked him about it, and he says: "I ended by asking her leave, if ever I wrote ruy meraoirs, like Sully or St. Simon, to mention how, at midnight, I opened the door of the queen of England. She laughingly gave me the desired permission. " ,