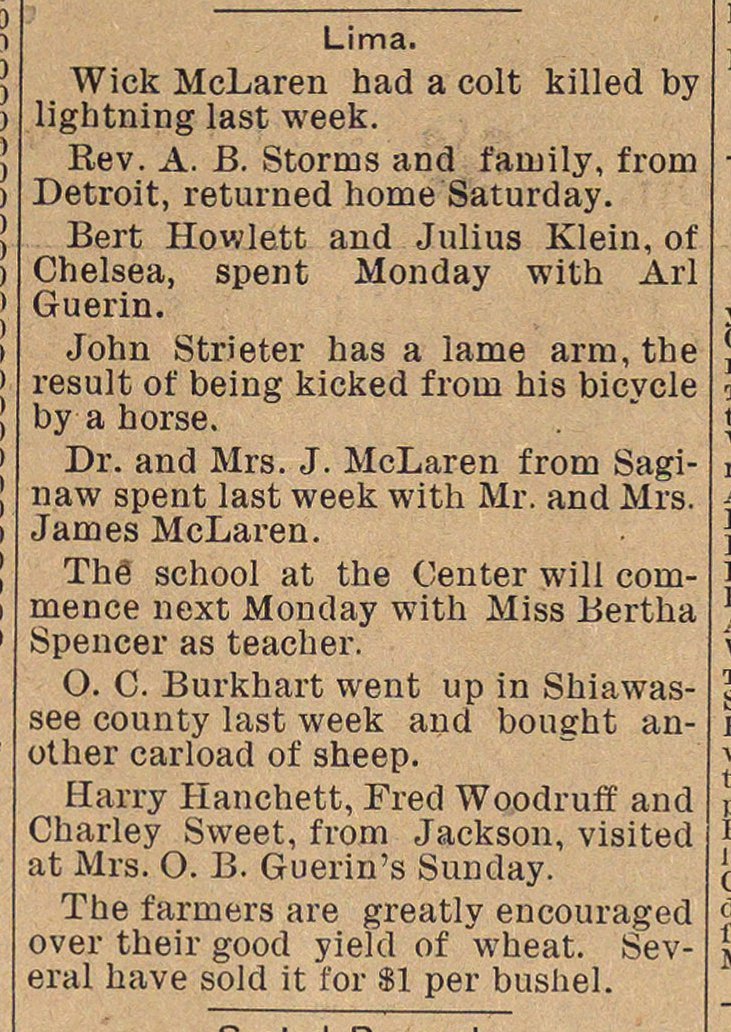 Wiek McLaren had a colt killed by lightning last week. Rev. A. B. Storms and faniily, from Detroit, returned home Saturday. Bert Howlett and Jnlius Klein, of Chelsea, spent Monday with Arl Guerin. John Stiïeter has a lame arm, the result of being kicked froin his bieycle by a horse. Dr. and Mrs. J. McLaren from Saginaw spent last week with Mr. and Mrs. James McLaren. Thé school at the Center will commence next Monday with Miss Bertha Spencer as teacher. O. C. Burkhart went up in Shiawassee county last week and bousht another carload of sheep. Harry Hanchett, Fred Woodruff and Charley Sweet, from Jackson, visited at Mrs. O. B. Guerin's Sunday. The farmers are greatly encouraged over their good yield of wheat. Several have sold it for $1 per bushel.