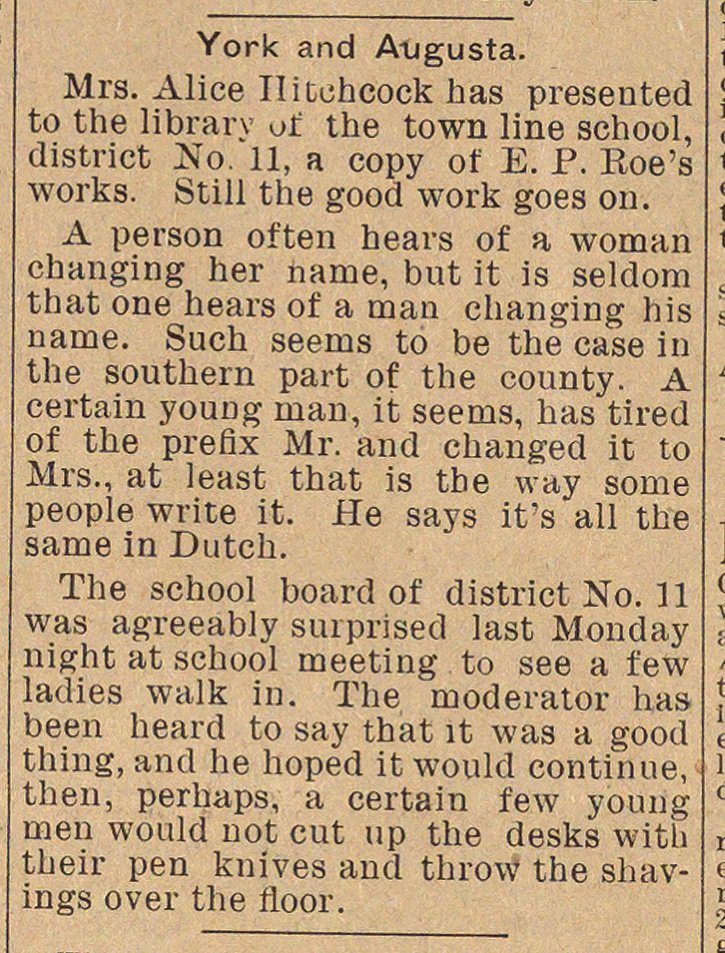 Mrs. Alice Ilitchcock has presented to the library of the town line school, district No. 11, a copy of E. F. Roe's works. Still the good work goes on. A person often hears of a woman changing her name, but it is seldom that one hears of a man changing his name. Such seems to be the case in the southern part of the county. A certain youDg man, it seems, has tired of the prefix Mr. and changed it to Mrs., at least that is the way some people write it. He says it's all the same in Dutch. The school board of district No. 11 was agreeably surprised last Monday night at school meeting to see a few adies walk in. The moderator bas been heard to say that it was a good hing, and he hoped it would continue, then, perhaps, a certain few young men would not cut up the desks with their pen knives and throw the shavngs over the floor.