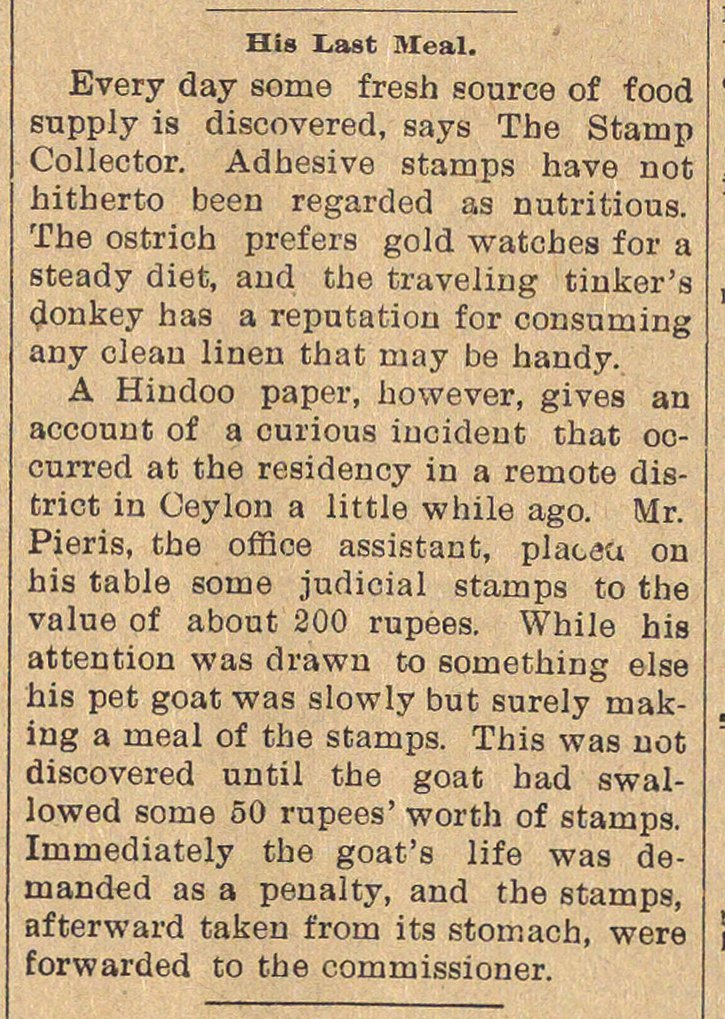 Every day some fresh source of food snpply is discovered, says The Stamp Collector. Adhesive stamps have not hitherto been regarded as nutritious. The ostrich prefers gold watches for a steady diet, and the traveling tiuker's donkey has a reputation for consutning any clean linen that may be handy. A Hindoo paper, however, gives an account of a curious incident that occurred at the residency in a remote district in Ceylon a little while ago. Mr. Pieris, the office assistant, placaa on his table some judicial stamps to the value of about 200 rupees. While his attention was drawn to sornething else his pet goat was slowly but surely making a meal of the stamps. This was not discovered until the goat bad swallowed some 50 rnpees' worth of stamps. Imrnediately the goat's life was demanded as a penalty, and the stamps, afterward taken from its stomach, were forwarded to the commissioner.