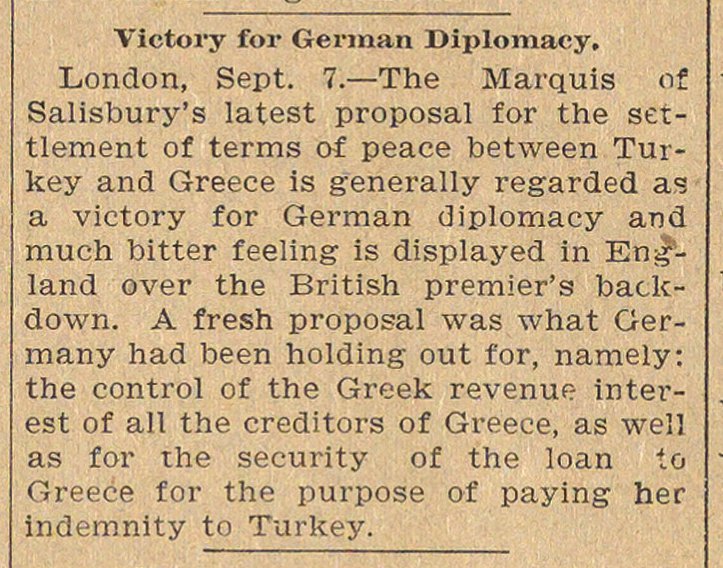 Lonclon, Sept. V. - The Marquis oí Salisbury's latest proposal for the settlement of terms of peace between Turkey and Greece is generally regarded as a victory for Germán diplomacy and much bitter feeling is displayed in Enland over the British premier's backdown. A fresh proposal was what Gerrnany had been holding out for, namely: the control of the Greek revenue interest of all the creditors of Greece, as well as for the security of the loan ío Greece for the purpose of paying her indemnity to Turkey.