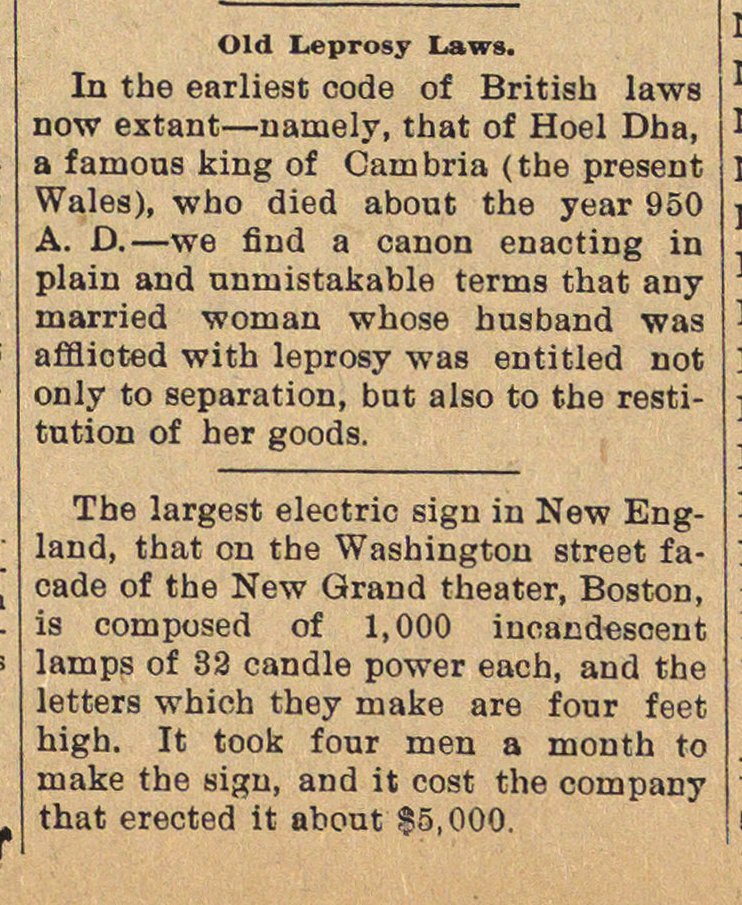 In the earliest code of British laws now extant - namely, that of Hoel Dha, a famous king of Cambria (the present Wales), who died about the year 950 A. D. - we find a canon enacting in plain and unmistakable terms that any married woman whose husband was aiïiicted with leprosy was entitled not only to separation, but also to the restitution of her goods. The largest electric sigu in New England, that on the Washington street facade of the New Grand theater, Boston, is composed of 1,000 ineandesoent lamps of 32 candle power each, and the letters whioh they niake are four feet high. It took four men a nionth to raake the sign, and it cost the company that erected it about 5,000.