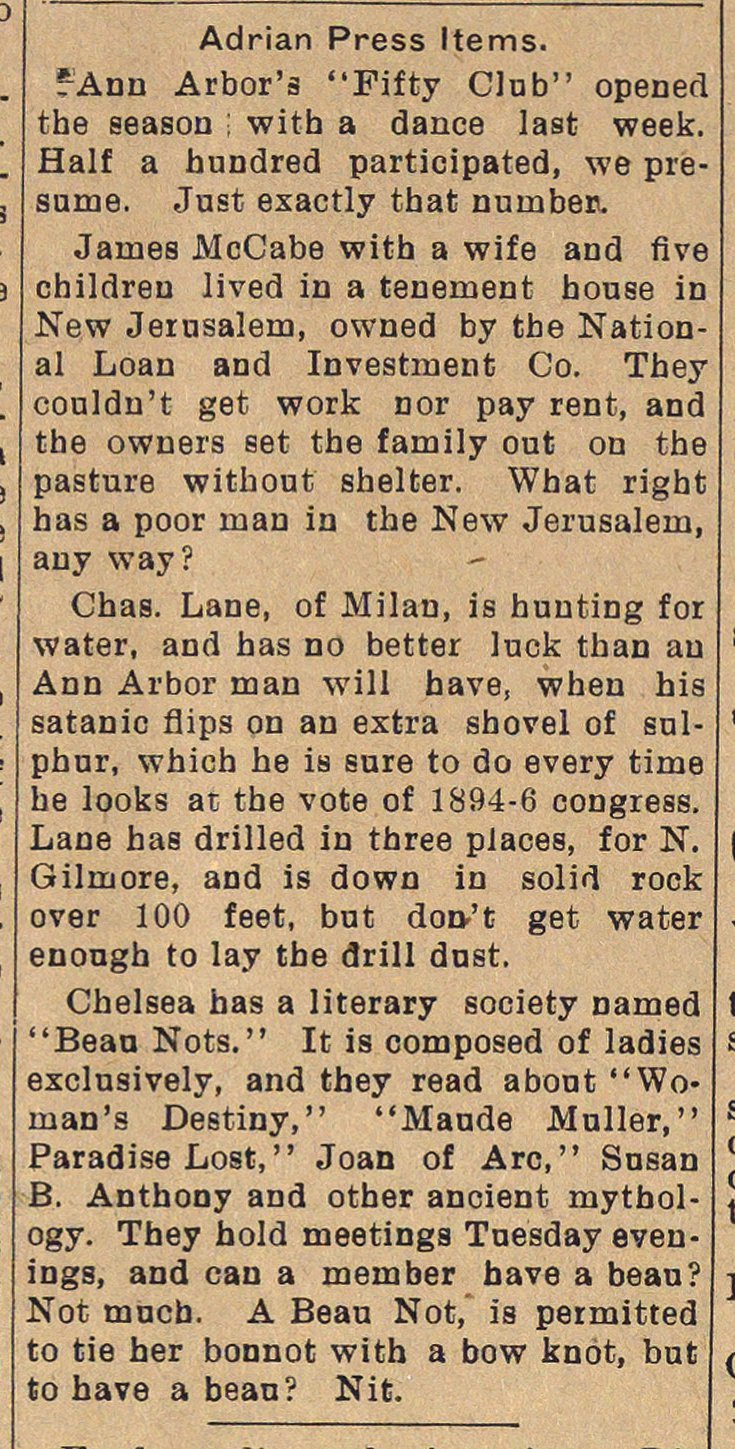 Ann Arbor's "Fifty Club" opened the season ; with a dance last week. Half a hundred participated, we presume. Just exactly that number. James McCabe with a wife and five children lived in a tenement house in New Jerusalem, owned by the National Loan and Investment Co. They couldn't get work nor pay rent, and the owners set the family out on the pasture without shelter. What right has a poor man in the New Jerusalem, any way? Chas. Lane, of Milan, is hunting for water, and has no better luck than an Ann Arbor man will have, when his satanic flips on an extra shovel of sulphur, which he is sure to do every time he looks at the vote of 1894-6 congress. Lane has drilled in three places, for N. Gilmore, and is down in solid rock over 100 feet, but doesn't get water enough to lay the drill dust. Chelsea has a literary society named "Beau Nots." It is composed of ladies exclusively, and they read about "Woman's Destiny," "Maude Muller," Paradise Lost, " Joan of Are," Susan B. Anthony and other ancient mythology. They hold meetings Tuesday evenings, and can a member have a beau? Not much. A Beau Not, is permitted to tie her bonnot with a bow knot, but to have a beau? Nit.