Rage Made Him A Murderer 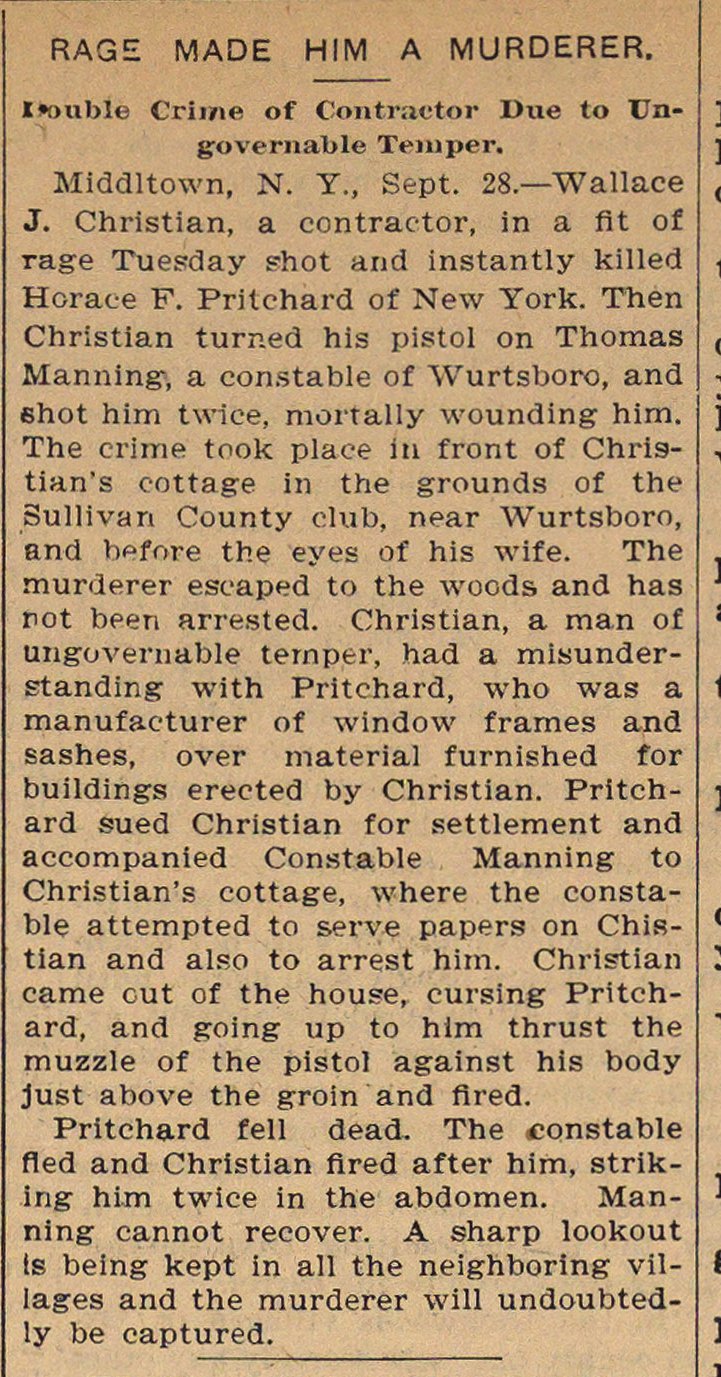 Middltown, N. Y„ Sept. 28.- Wallace J. Christian, a contractor, in a fit of rage Tuesday ?hot and instantly killed Horace F. Pritchard of New York. Then Christian turr.ed his pistol on Thomas Manning', a constable of Wurtsboro, and shot him twiee, mortally wounding him. The crime tnok place in front of Christian's cottage in the grounds of the Sullivan County club, near Wurtsboro, and before the eyes of his wife. The murderer escaped to the wocds and has rot been arrested. Christian, a man of ungovernable temper, had a misunderstanding with Pritchard, who was a manufacturer of window frames and sashes, over material furnished for buildings erected by Christian. Pritchard sued Christian for settlement and accompanied Constable Manning to Christian's cottage, where the constable attempted to serve papers on Chistian and also to arrest him. Christian came cut of the house, cursing Pritchard, and going up to him thrust the muzzle of the pistol against his body Just above the groin and flred. Pritchard feil dead. The constable fled and Christian fired after him, striking him twice in the abdomen. Manning cannot recover. A sharp lookout Is being kept in all the neighboring villages and the murderer will undoubtedly be captured.