Pipe Made Of A Seal's Tusk 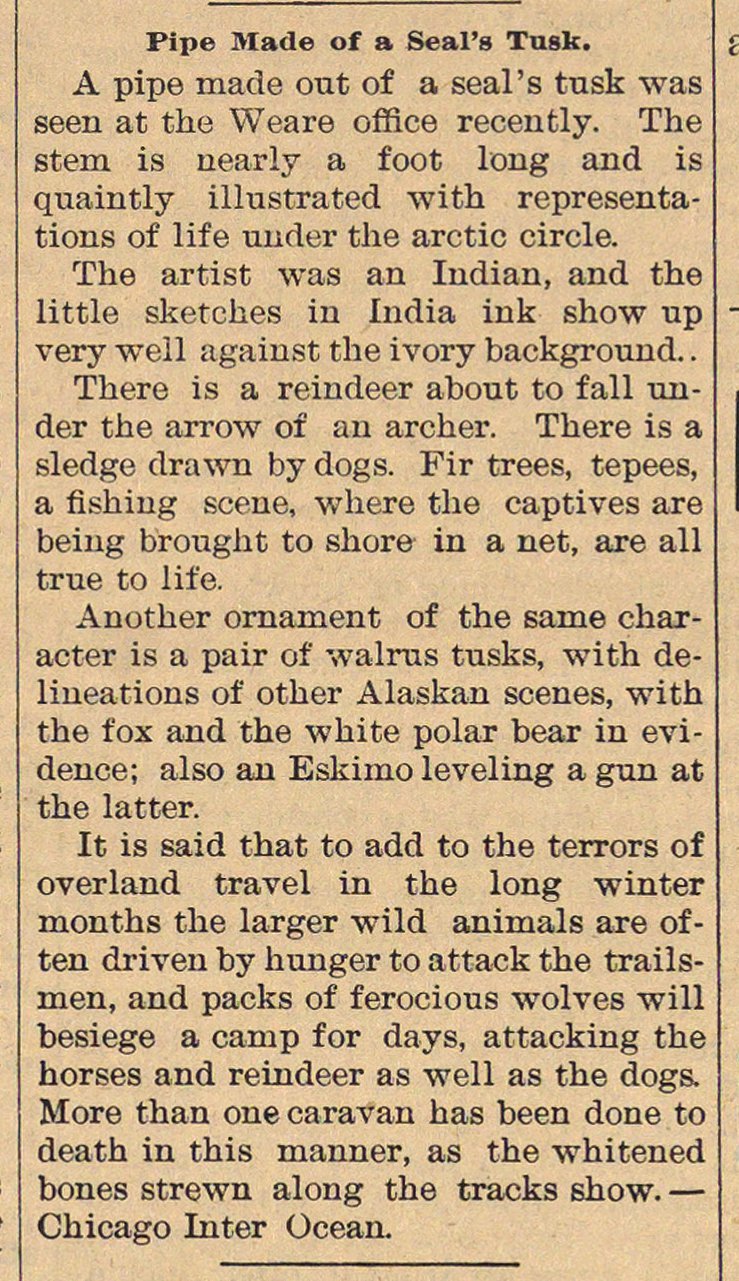 A pipe made out of a seal's tusk was seen at the Weare office recently. The stem is nearly a foot long and is quaintly illustrated with representations of lif e under the arctic circle. The artist was an Iudian, and the little sketches in india ink show up very well against the ivory background. . There is a reindeer about to fall uuder the arrow of an archer. There is a sledge drawn by dogs. Fir trees, tepees, a fishing scène, where the captives are being brought to shore in a net, are all true to life. Another ornament of the same character is a pair of walrus tusks, with delineations of other Alaskan scènes, with the fox and the white polar bear in evidence; also an Eskimo leveling a gun at the latter. It is said that to add to the terrors of overland travel in the long winter months the larger wild animáis are often driven by hunger to attack the trailsmen, and packs of ferocious wolves will besiege a camp for days, attacking the horses and reindeer as well as the dogs. More than one caravan bas been done to death in this manner, as the whitened bones strewn along the tracks show. -