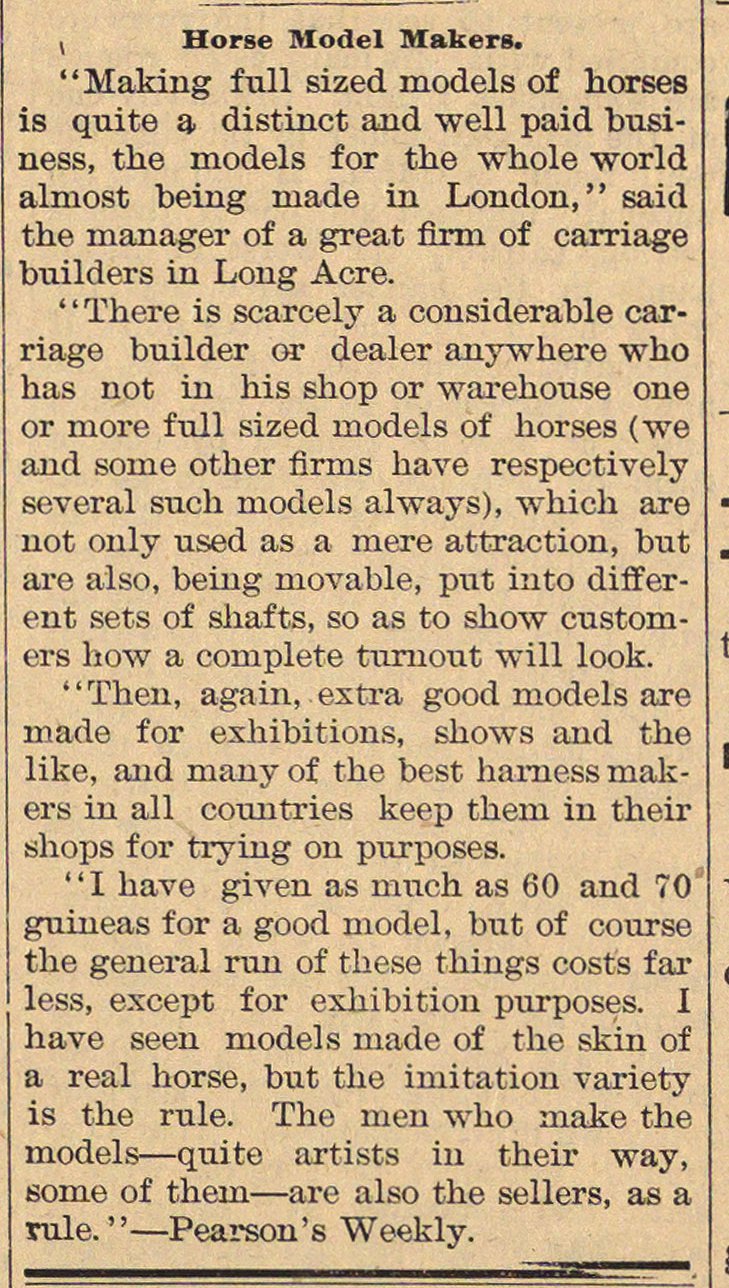 "Making f uil sized models of horses is quite a distinct and well paid busiaess, the models for the whole world almost beiug niade in London, " said the manager of a great firm of carriage biülders in Long Acre. "ïhere is scarcely a considerable carriage builder or dealer anywhere who has not in his shop or warehouse one or more f uil sized models of horses (we and some other firms have respectively several such models always), which are not only used as a mere attraction, but are also, being movable, put into different sets of sliafts, so as to show customers liow a complete turnout will look. "ïhen, again, .extra good models are made for exhibitions, shows and the like, and many of the best hamess makers in all countries keep them in their shops for trying on purposes. "I have given as much as 60 and 70 guineas for a good model, but of course the general run of these things costs f ar less, except for exhibition purposes. 1 have seen models made of the skin of a real horse, but the imitation variety is the rule. The men who make the models - quite artists in their way, some of them - are also the sellers, as a rule."-