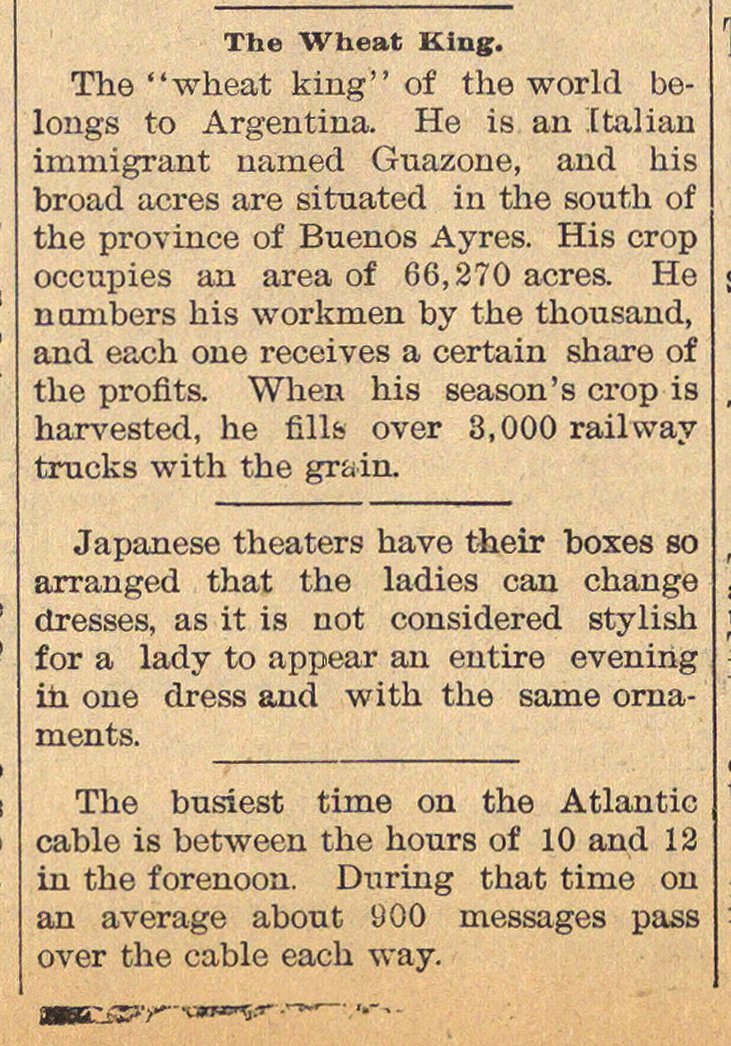 The "wheat king" of the worlrl be longs to Argentina. He is an Italian immigrant uamed Guazone, aud his broad acres are situated in the south o the province of Buenos Ayres. His cro] occuioies an area of 66,270 acres. He nanibers his workmen by the thousand and each one receives a certain share o: the profits. When his season's erop i harvested, he filis over 3,000 railway trucks with the grain. Japanese theaters have their boxes so arranged that the ladies can change dresses, as it is not considered stylish for a lady to appear an entire evening ih one dress and with the same orna ments. The busiest time on the Atlantic cable is between the hours of 10 and 12 in the forenooa. Durüig that time on an average about 900 messages pas over the cable each way.