Victims Of The Newcastle Wreck 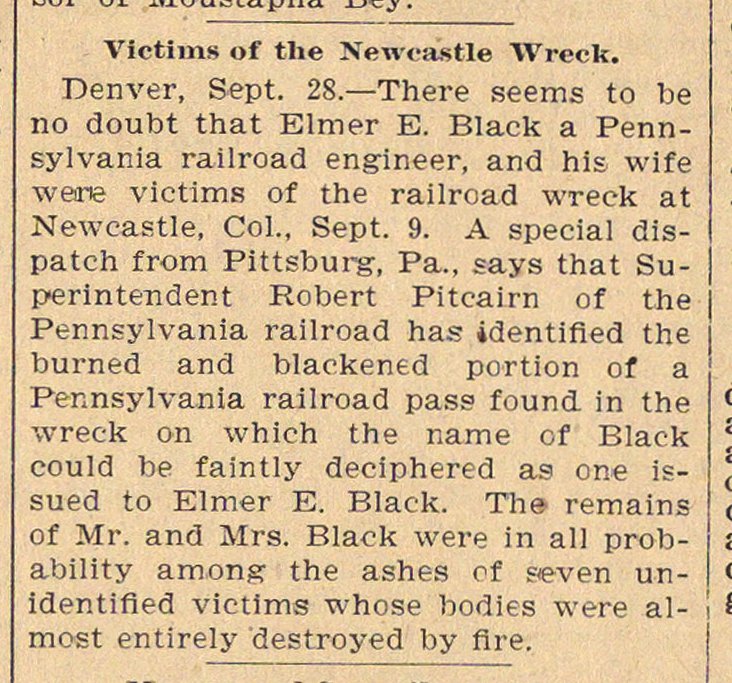 Denver, Sept. 28.- There seems to be no doubt that Elmer E. Black a Pennylvania railroad engineer, and nis wife were victima of the railroad wreek at Newcastle, Col., Sept. 9. A special dispatch from Pittsburg, Pa., says that erintendert Robert Pitcairn of the I ennsylvania railroad has identifled the burned and blackened portion of a Pennsylvania railroad pass found in the wreek on which the name of Black could be faintly deciphered as one isued to Elmer E. Black. remains f Mr. and Mrs. Black were in all probability amons the ashes of peven undentifled victims whose bodies were ! most entirely destroyed by fire.