Verdict On The Struble Case 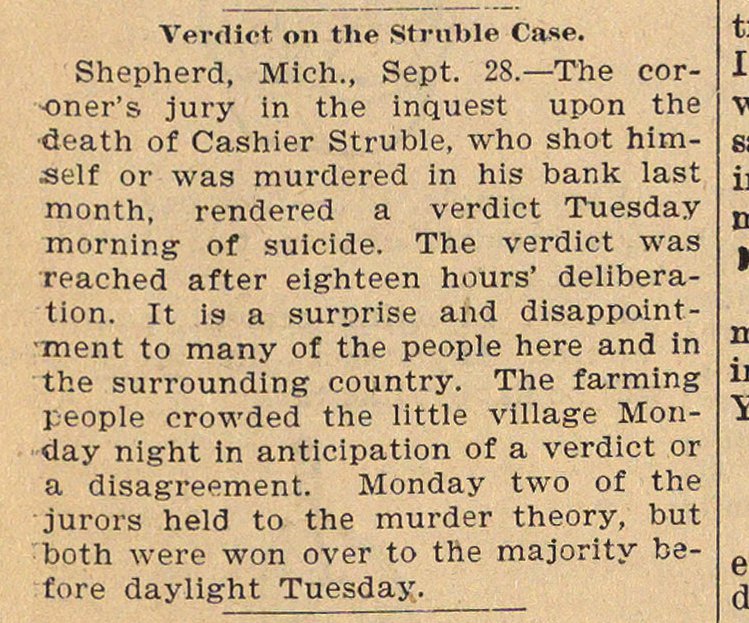 Shepherd, Mich., Sept. 28.- The coroner's jury in the inquest upon the ■death of Cashier Struble, who shot himself or was murdered in his bank last month, rendered a verdict Tuesday morning of suicide. The verdict was reached after eighteen hours' deliberation. It is a surprise and disappoint■ment to many of the people here and in the surrounding country. The farming people crowded the little village Monday night in anticipation of a verdict or a disagreement. Monday two of the jurors held to the murder theory, but both were won over to the majority before daylight Tuesday.