Origin Of A Name 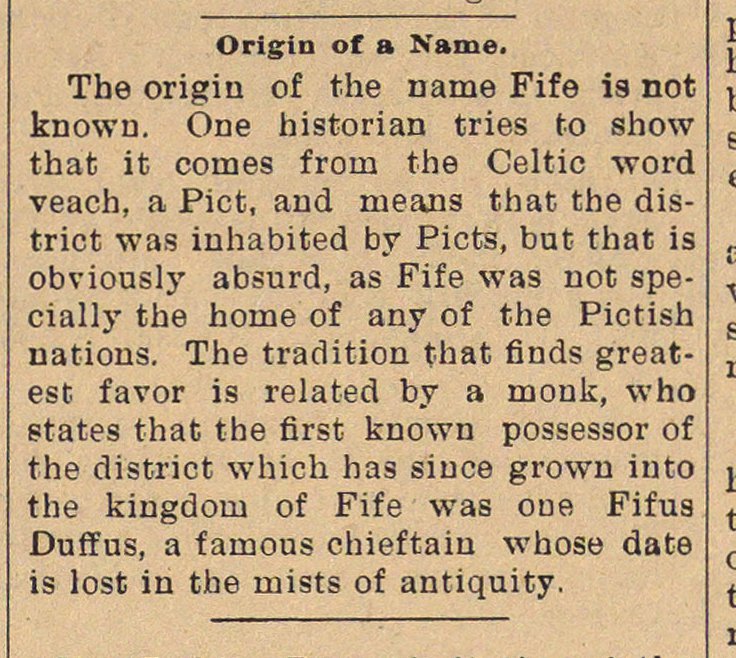 The origin of the name Fife is not knowu. One historian tries to show that it comes from the Celtic word veach, a Piet, and means that the district was inhabited by Picts, but that is obviously absurd, as Fife was not specially the home of any of the Pictish nations. The tradition that finds greatest favor is related by a monk, who states that the first known possessor of the district which has siuce grown into the kiugdom of Fife was oue Fifus Duffus, a famous ehieftaiu whose date is lost in the mists of antiquity.