Death Of Ed. A. Cadieux 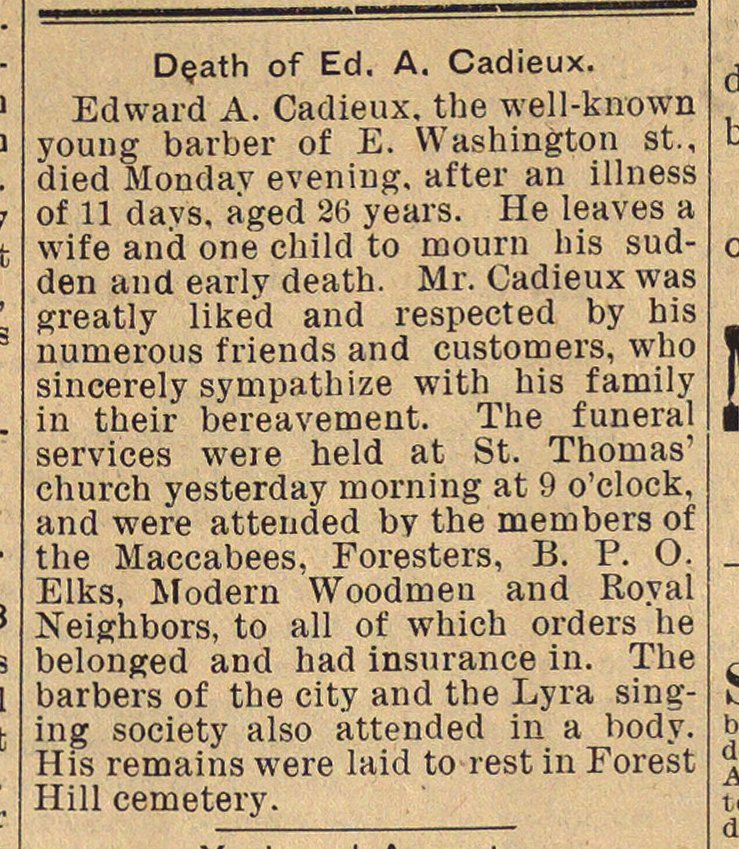 Edward A. Cadieux. the well-known young barber of E. Washington st, died Monday evening. after an illness of 11 days, aged 26 years. He leaves a wife and one child to mourn bis sudden and early death. Mr. Cadieux was greatly liked and respected by nis numerous friends and customers, who sincerely sympathize with bis family in their bereavement. The funeral services were held at St. Thomas' church yesterday morning at 9 o'clock, and were attended by the members of the Maccabees, Foresters, B. P. O. Elks, Modern Woodmeu and Royal Neighbors, to all of which orders he belonged and had insurance in. The barbers of the city and the Lyra sing'ing society also attended in a body. His remains were laid to rest in Forest Hill cemetery.