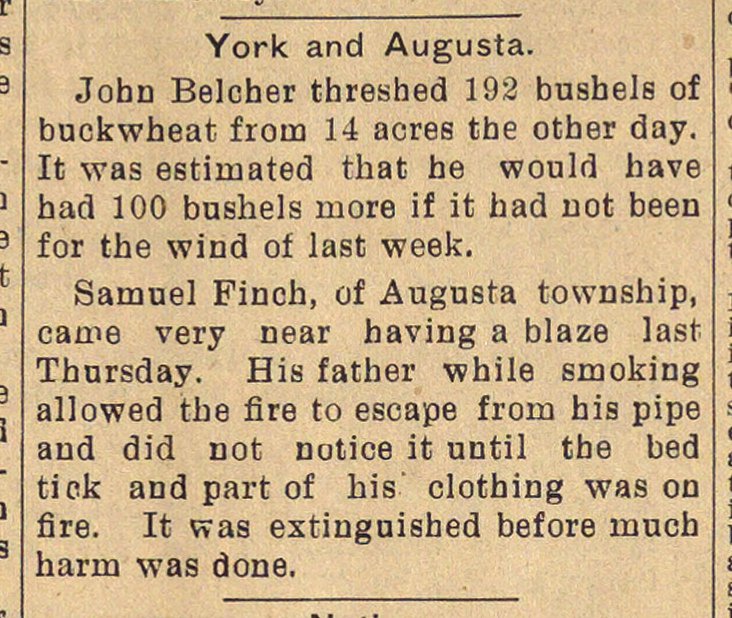 John Belcher threshed 192 bushels of buckwheat froui 14 acres the other day. It was estimated that he would have had 100 bushels more iL it had not been for the wind of last week. Samuel Finch, of Augusta township, carne very near having a blaze last Thursday. His father while smoking allowed the fire to escape from his pipe and did not notice it until tbe bed tiek and part of his clothing was on fire. It was extiugnished before much harm was done.