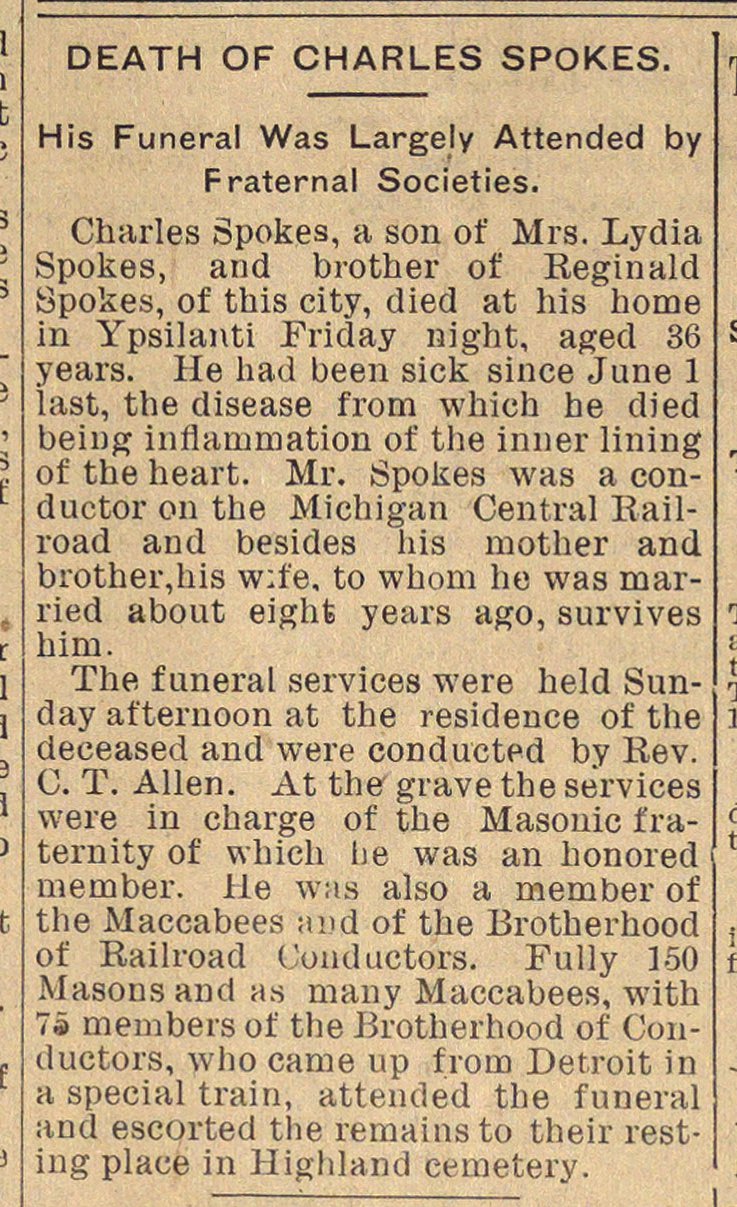 Charles Spokes, a son of Mrs. Lydia Spokes, and brother oí' Reginald Spokes, of this city, died at his home in Ypsilanti Friday night, aged 36 years. He had been sick since June 1 last, the disease f rom which he died being inflammation of the inner lining of the heart. Mr. Spokes was a conductor on the Michigan Central Railroad and besides liis mother and brother,his w:fe, to whom he was married about eighfc years ago, survives him. The funeral services were held Sunday afternoon at the resideuce of the deceased and were conducted by Rev. C. T. Allen. xVt the grave the services were in charge of the Masonic fraternity of which he was an honored inember. He was also a member of the Maccabees a'jd of the Brotherhood of Railroad Couductors. Fully 150 Masons and ms many Maccabees, with 7 members of the Brotherhood of Conductors, who carne up f rom Detroit in a special train, attended the funeral and escorted the remainsto their resting place in Highland ct-metery.