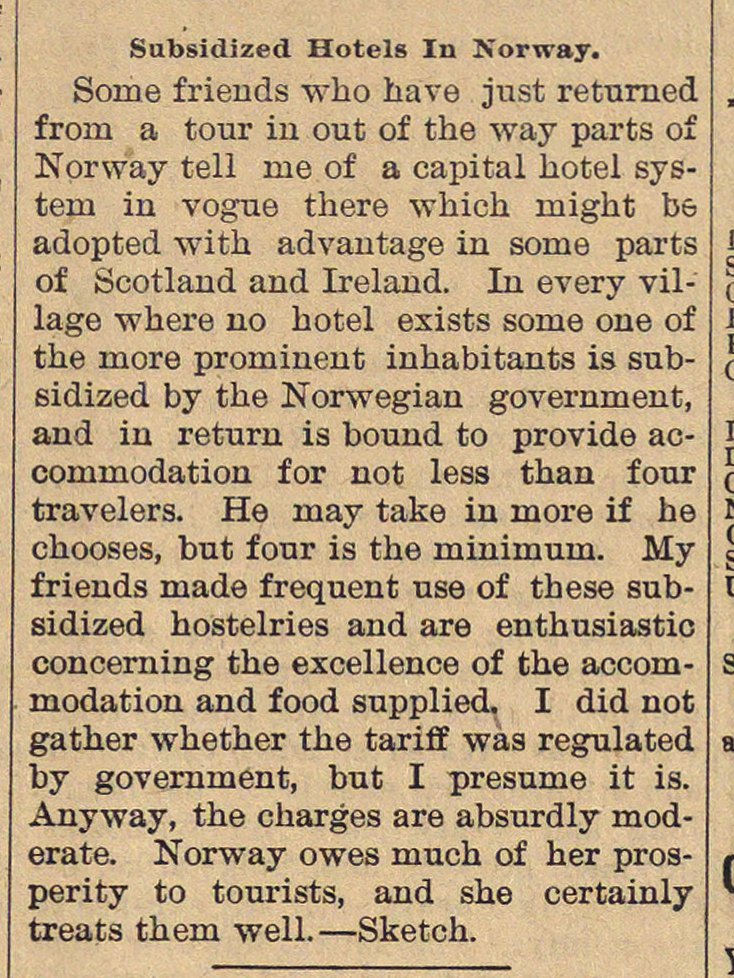 Sorae friends who have jnst returned from a tour in out of the wa-y parts of Norway teil nie of a capital hotel system in vogue there which rnight be adopted with advautage in some parts of Scotland and Ireland. In every village where no hotel exists some one of the more prominent inhabitants is subsidized by the Norwegian government, aud in return is bound to provide aocommodation for not less than four travelers. He rnay take in more if he chooses, but four is the minimum. My friends made frequent use of these subsidized hostelries and are enthusiastic conceming the excellence of the accommodation and food supplied. I did not gather whether the tariff was regulated by government, but I presume it is. Anyway, the charges are absurdly moderate. Norway owes much of her prosperity to tourists, and she certainly treats them