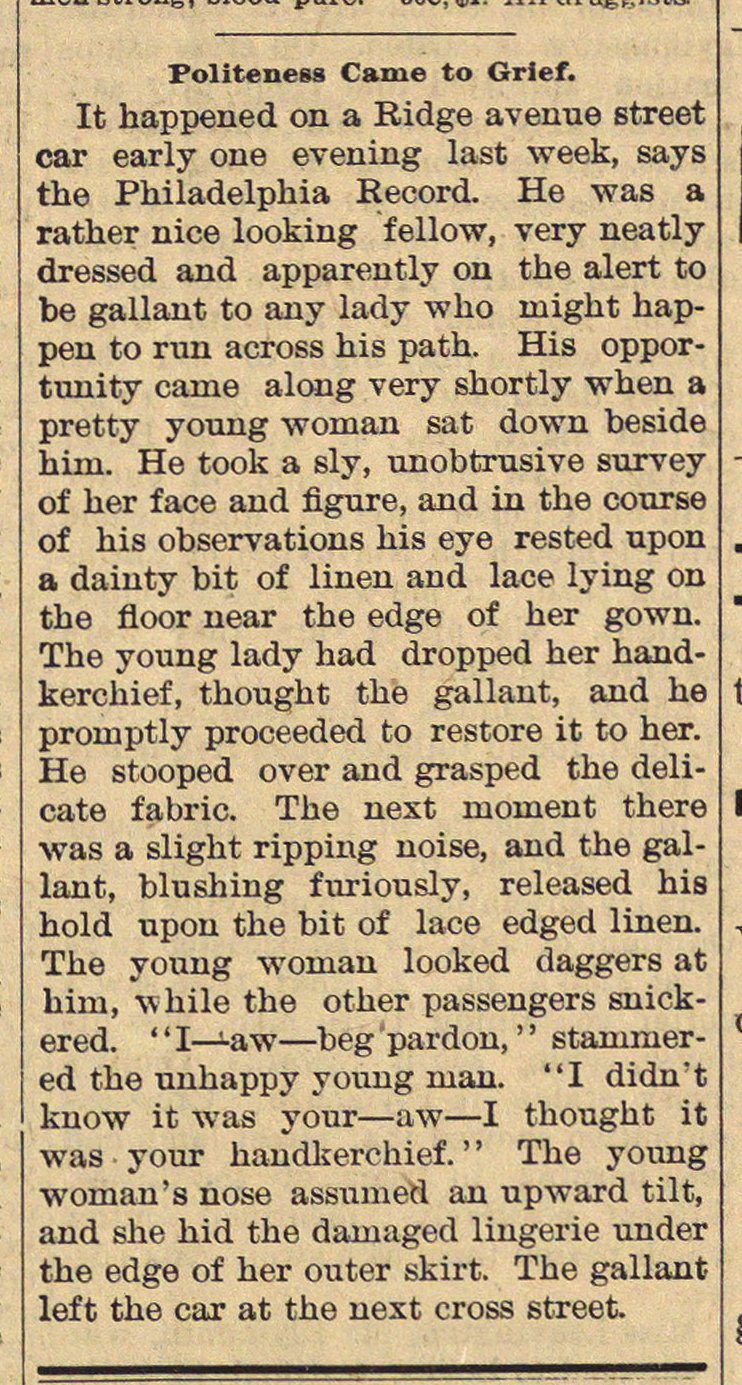 It happened on a Ridge avenue street car early one evening last week, says the Philadelphia Record. He was a rather nice looking fellow, very neatly dressed and apparently on the alert to be gallant to any lady who ruight happen to run across his path. His opportunity caine along very shortly when a pretty young woman sat down beside him. He took a sly, unobtrusive survey of her face and figure, and in the course of his observations his eye rested upon a dainty bit of Unen and lace lying on the floor near the edge of her gown. The young lady had dropped her handkerchief, thought the gallant, and he proinptly proceeded to restore it to her. He stooped over and grasped the delicate fabric. The next moment there was a slight ripping noise, and the gallant, blushing furiously, released his hold upon the bit of lace edged linen. The young woman looked daggers at him, while the other passengers snickered. "I- aw - beg pardon, " stammered the unhappy young man. "I didn't know it was your - aw - I thought it was your handkerchief. " The young woman's nose assumed an upward tilt, and she hid the dawaged lingerie under the edge of her outer skirt. The gallant lef t the car at the next cross street.