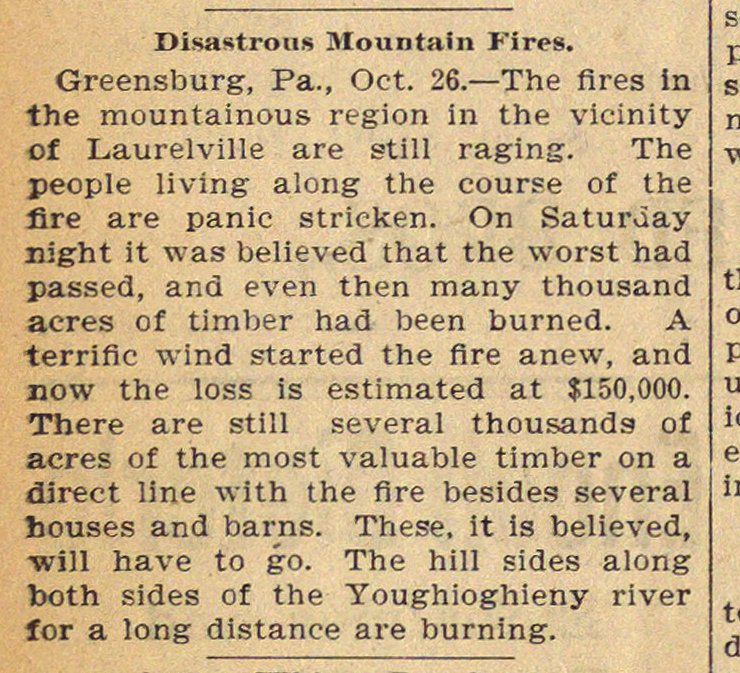 Greensburg, Pa., Oct. 26.- The fires in the mountainous región in the vicinity of Laurelville are still raginij. The people living along the course of the fire are panic stricken. On Saturday night it was believed that the worst had passed, and even then many thousand acres of timber had been burned. A terrific wind started the fire anew, and bow the loss is estimated at $150,000. There are still several thousands of acres of the most valuable timber on a direct line with the flre besides several houses and barns. These, it is believed, will have to go. The hill sides along both sides of the Youghioghieny river for a long distance are burning.