Army Of The Tennessee 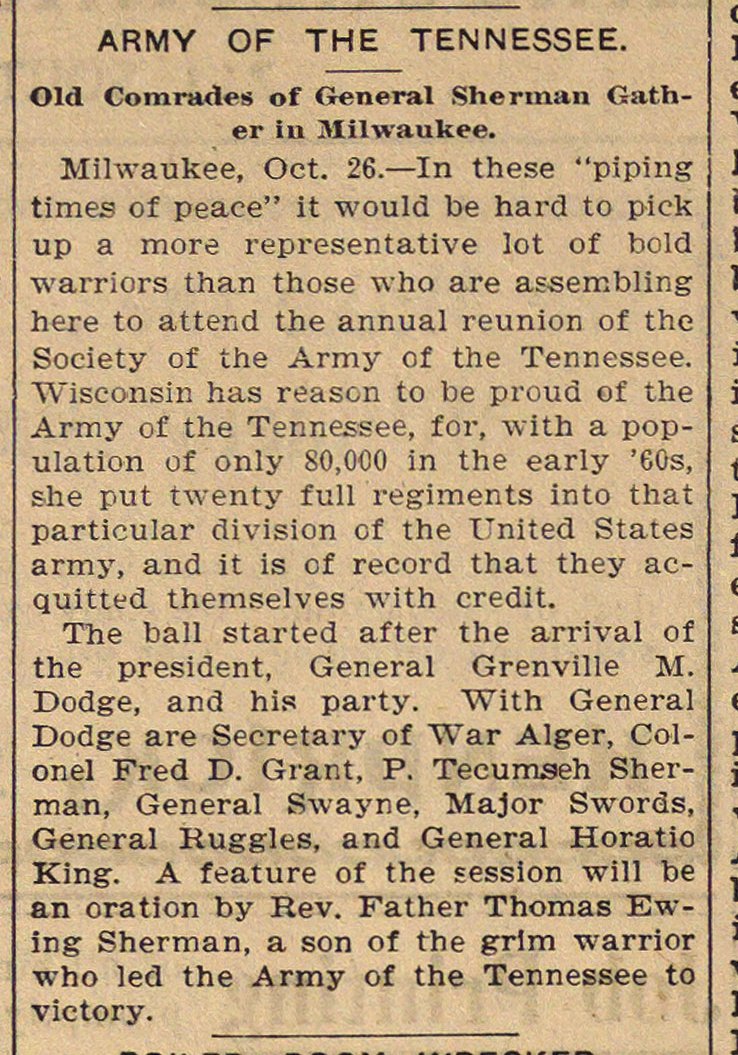 Mihvaukee, Oct. 26. - In these "piping times of peace" it would be hard to piek up a more representative lot of bold warriors than those who are assembling here to atterid the annual reunión of the Society of the Army of the ïennessee. Wisconsin has reasen to be proud of the Army of the Tennessee, for, with a population of only 80,00 in the early '60s, she put twenty full regiraents into that particular división of the United States army, and it is of record that they acquitted themselves with credit. The ball started after the arrival of the president, General Grenville M. Dodge, and his party. With General Dodge are Secretary of War Alger, Colonel Fred D. Grant, P. Tecumseh Sherman, General Swayne, Major Swords, General Ruggles, and General Horatio King. A feature of the session will be an oration by Rev. Father Thomas Ewing Sherman, a son of the grim warrior who led the Army of the Tennessee to victory.