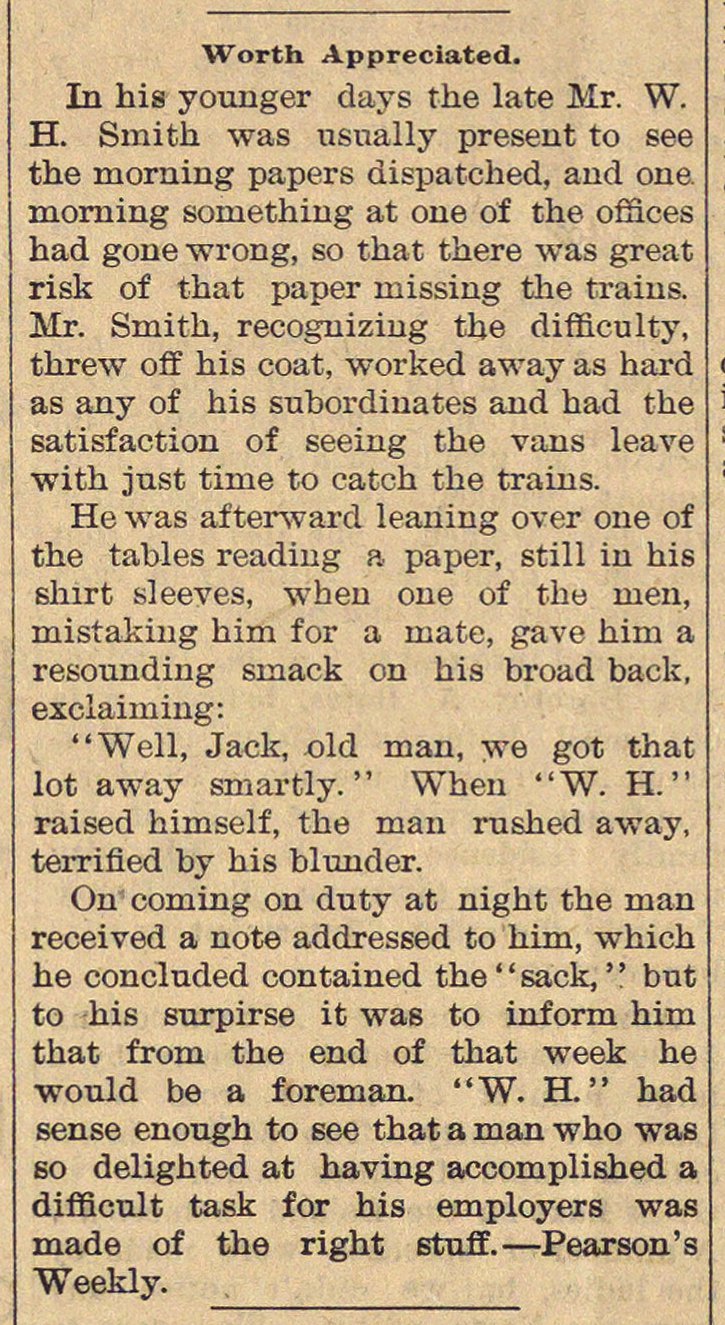 In his younger days the late Mr. W. H. Smith was usually present to see the niorning papers dispatched, and one morning somethiug at one of the offices had gone ■wrong, so that there was great risk of that paper missing the trams. Mr. Smith, recognizing the difficulty, threw off his coat, worked away as hard as any of his subordinates and had the satisfaction of seeing the vans leave with just tinie to catch the trains. He was afterward leaning over one of the tables reading a paper, still in his shirt sleeves, when one of the men, mistaking him for a mate, gave him a resounding smack on his broad back, exclaiming: "Well, Jack, old man, we got that lot away smartly. " When "W. H. " raised himself, the man rushed away, terrified by his blunder. On' coming on duty at night the man received a note addressed to him, which he concluded contained the"sack, " but to his surpirse it was to inform him that from the end of that week he would be a foreman. "W. H. " had sense enough to see that a man who was so delighted at having accomplished a difflcult task for his employers was