Some Tested Points In Diet 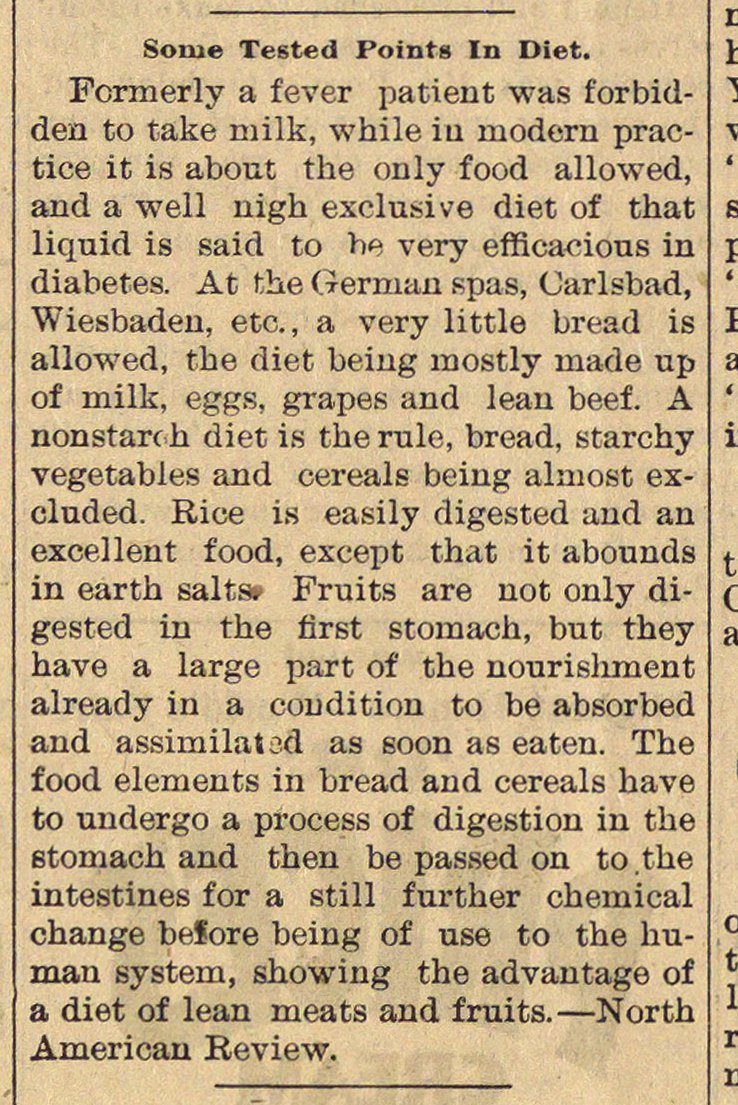 Fcrmerly a fever patiënt was forbiddea to take milk, while iu modern practice it is about the only food allowed, and a well nigh exclusive diet of that liquid is said to he very efficafiious in diabetes. At the Germán spas, Carlsbad, Wiesbaden, etc., a very little bread is allowed, the diet being mostly made up of milk, eggs, grapes and leau beef. A nonstarc h diet is the rulo, bread, starchy vegetables and cereals being almost excluded. Rice is easily digested and an excellent food, except that it abounds in earth salts Fruits are not only digested in the first stomach, but they have a large part of the nourisliment already in a condition to be absorbed and assimilatsd as soon as eaten. The food elements in bread and cereals have to undergo a process of digestión in the etomach and then be passed on to.the intestines for a still further chemical change before being of use to the human system, showing the advantage of