On The Trail Of Ghouls 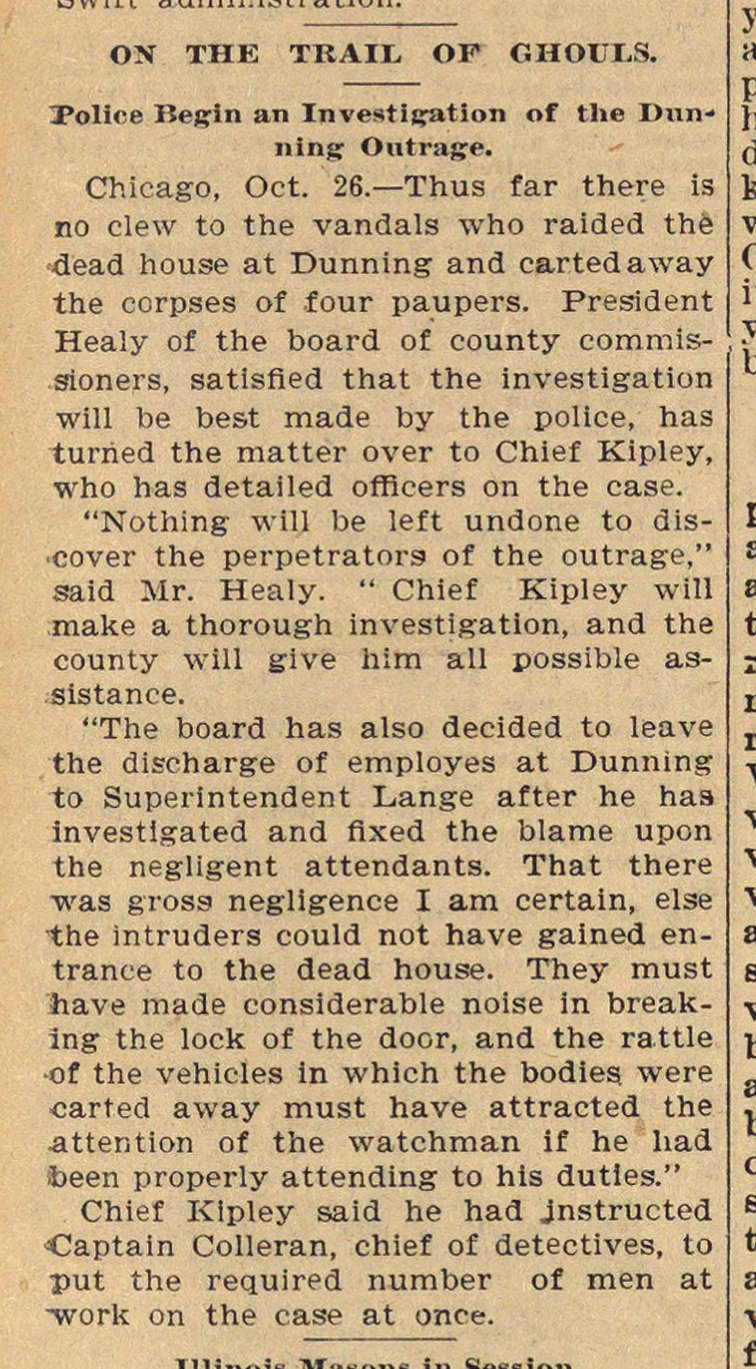 Chicago, Oct. 26.- Thus far there is no clew to the vandals who raided the dead house at Dunning and eartedaway the corpses of four paupers. President Healy of the board of county commissioners, satisfled that the investigation will be best made by the pólice, has turhed the matter over to Chief Kipley, who has detailed officers on the case. "Nothing will be left undone to discover the of the outrage," said Mr. Healy. " Chief Kipley will make a thorough investigation, and the county will give him all possible assistance. "The board has also decided to leave the discharge of employés at Dunning to Superintendent Lange after he has investlgated and flxed the blame upon the negligent attendants. That there was gross negligence I am certain, else the intruders could not have gained entrance to the dead house. They must have made considerable noise in breaking the lock of the door, and the rattle ■of the vehicles in which the bodies. were carfed away must have attracted the ■attention of the watchman if he liad been properly attending to hls dutles." Chief Kipley said he had jnstructed Captain Colleran, chief of detectives, to put the required number of men at -work on the case at once.